Today Wakefield is hailed as a picturesque cultural hub, but new research has revealed that the city has a sordid criminal past…

Since 1695 evidence has been emerging that the rural outskirts of Wakefield were once the centre of large-scale organised crime.  In this field in the Wakefield suburb of Lingwell Gate hundreds of Roman clay coin moulds have been found, proving that thousands of pounds worth of counterfeit money was being made at the site.  In 1821 so many moulds were found that they filled a wheelbarrow! 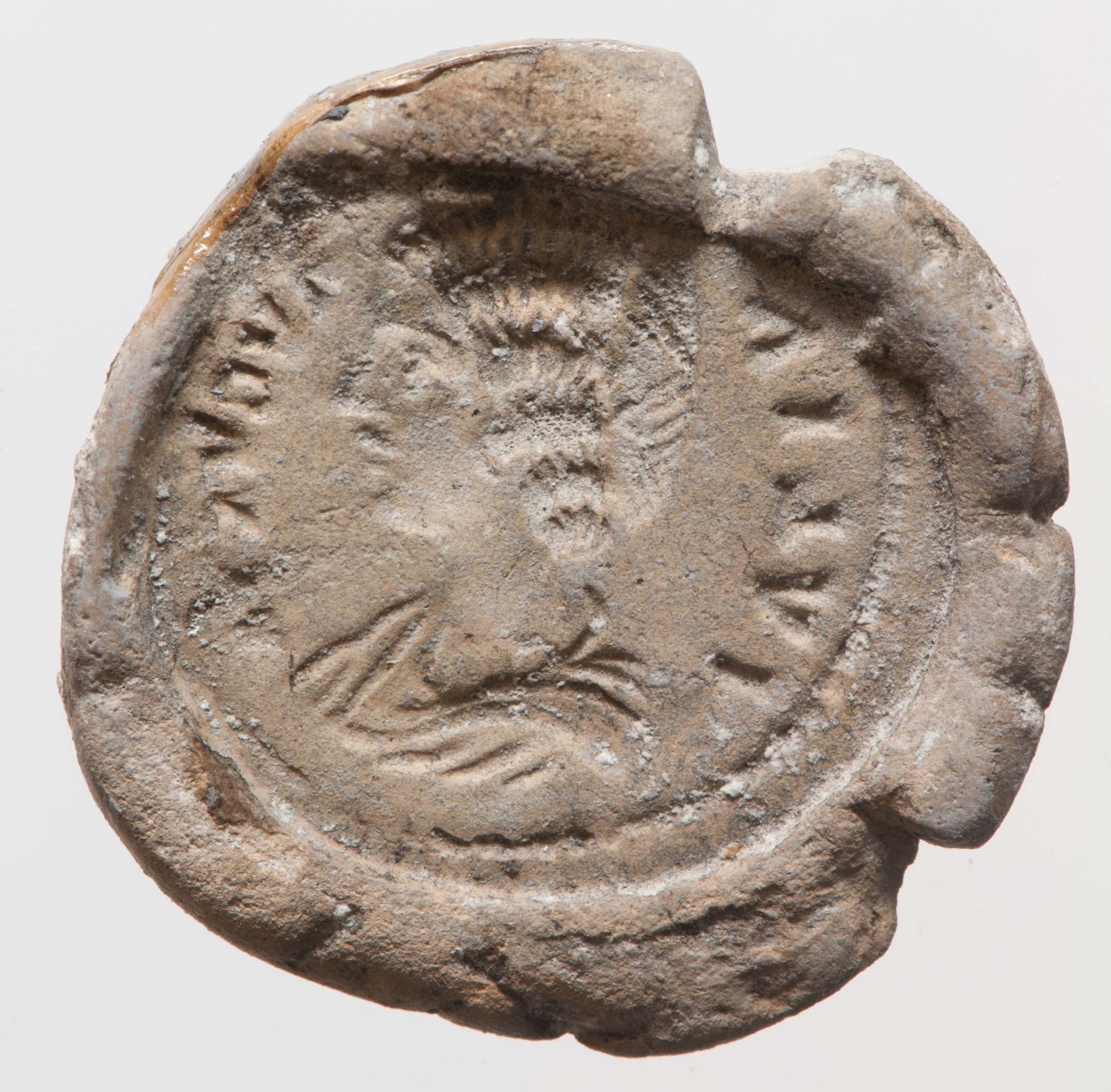 So how did the moulds work?  In the AD 230s Roman criminals pressed silver coins called denarii into lumps of clay to create a mould of the imagery and lettering on the official coins.  They then stacked lots of moulds together, encased them in an outer layer of clay, and poured molten metal in to create cast copies of the official coins.  These criminals would use as little silver as they could get away with to make the copied coins cheaply but still be able to pass them off as official silver coins.  They would either cast the copies in the cheaper copper alloy metal and then coat them in a thin layer of silver, or mix cheap metals together with just enough silver for the fake coins to still be silver in colour.  These low value counterfeits would then be spent at full value, making a huge profit for the criminals who made them. 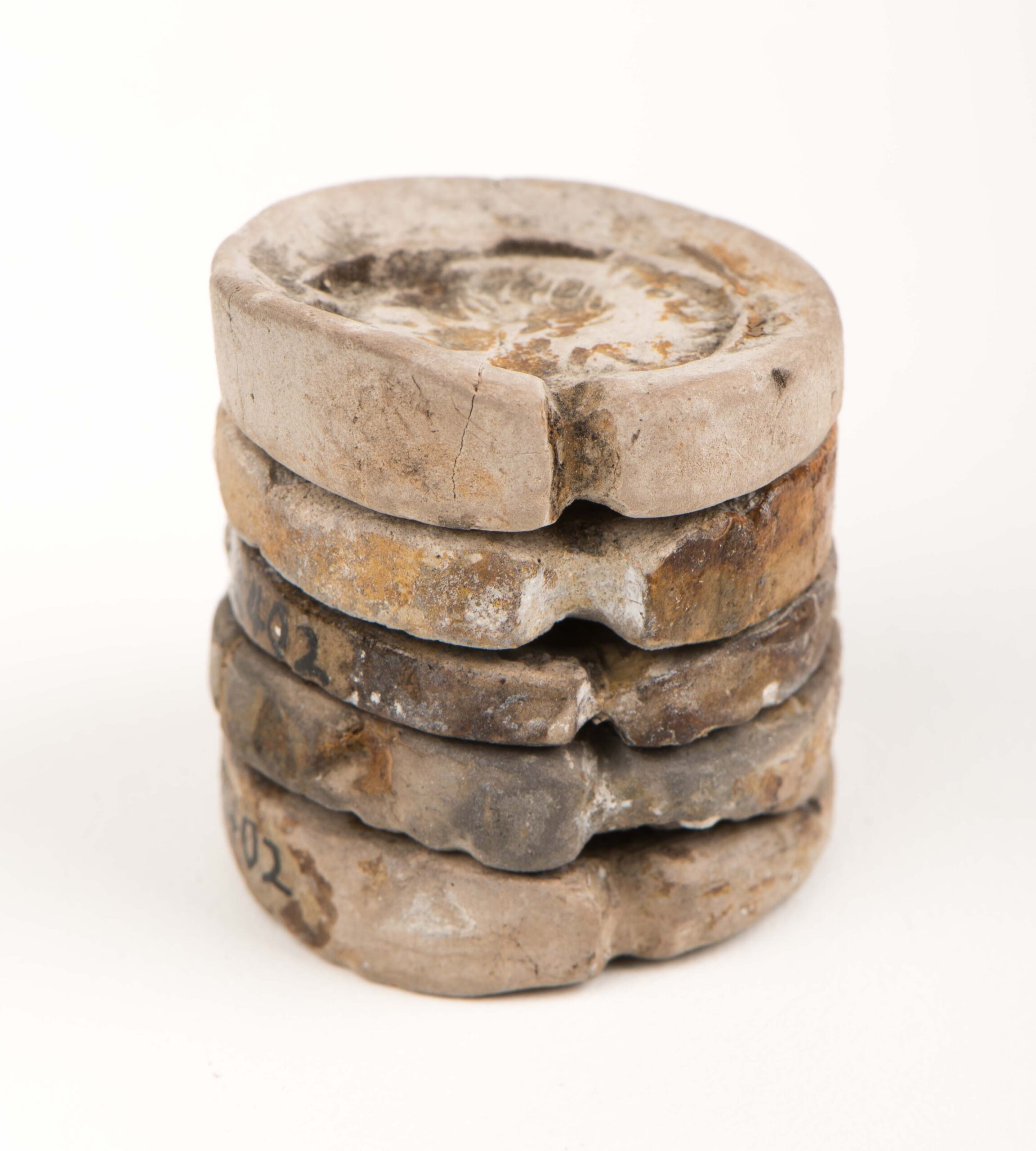 But could there be a larger conspiracy at play?  Some historians think that the Wakefield counterfeiters might have been secretly working on the orders of the Roman army!  In the late second and early third centuries AD the Roman emperor Septimius Severus hugely increased soldiers’ pay, but the Roman Empire didn’t have enough silver to make the coins to pay them with.  It was especially hard to transport enough silver coinage to the outskirts of the Roman Empire, like Roman Britain, where lots of soldiers were stationed.  Could Wakefield locals have been secretly commissioned by army officials to make counterfeit coins to pay the region’s soldiers? 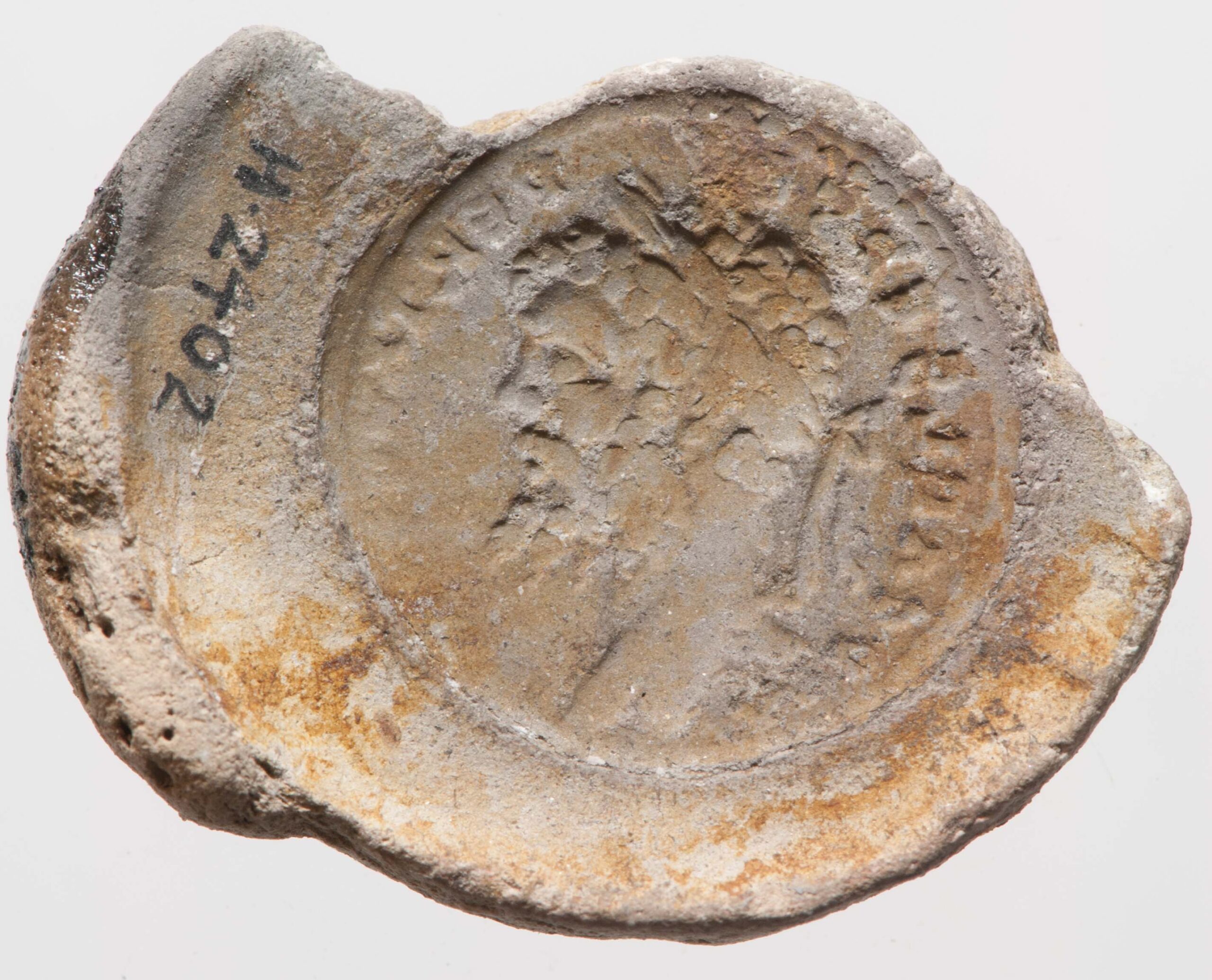 New research has begun to shed light on these sordid secrets and mysteries of Wakefield’s Roman past.  Hundreds of Lingwell Gate coin moulds have been traced in museum collections, but many more are still out there.  Do you know where they are?  Find out more about these objects, the site, and our research here.