If you are passing York Explore Library, why not drop in and pick up your copy of our Roman quiz? Return the completed quiz to York Explore by Sunday 5th June 2016 for your chance to win some Roman-themed goodies!

50p per participant, no need to book.

Tickets available online from www.visityork.org, in person from the York Visitor Information Centre, Museum Street, York YO1 7DT, or by phone: 01904 550099 (NB: For tickets sent by post there will be an additional postage charge).

Enjoy the chance to learn more about civilian and military life in Eboracum whilst handling Roman artefacts from the Yorkshire Museum’s collection in our volunteer-led ‘Hands on Here!’ sessions.

A fascinating look at the changes to British military uniforms from the Crimean War to the First World War, with costumed demonstrations throughout the day on the museum’s Shaping the Body exhibition catwalk.

Make your own peg doll with costume inspired by the collection! This is a self-led family activity.

Follow the clues round the galleries to find the different outfits. Collect the costume cards to build up your own muddle and match dress up book.

£2 per activity book (museum admission applies), no need to book.

Be put through your paces as you take part in our recruitment process to see if you measure up to be enlisted into the Roman Army. Learn about Lucius, Standard Bearer for the IX Legion and make your own Eagle of the IX standard before taking part in sword and shield drill.

Events take place in the Museum Gardens. Free, no need to book.

Make model aircraft and memory moths in drop-in workshops in the Studio to commemorate the centenary of the First World War. Add your memory moths to the display in the Project Gallery.

In the Footsteps of the Legionaries: The Roman Fortress at York – Sun 5 Jun 2016

The fortress at York was the home of first the Ninth and then the Sixth legions, and was occupied for over three centuries. Although largely buried beneath 1500 years of later occupation, its influence on the layout of the modern city can still be seen. This tour will consider the archaeological evidence for the fortress, as well as examining parts of the fortress still standing above ground (some of which are not normally accessible to the public). Led by Kurt Hunter-Mann (Research Associate, York Archaeological Trust).

The walk will start at York Minster south entrance, Deangate, and end at the York Museum Gardens.

Tickets available online from www.visityork.org, in person from the York Visitor Information Centre, Museum Street, York YO1 7DT, or by phone: 01904 550099 (NB: For tickets sent by post there will be an additional postage charge). 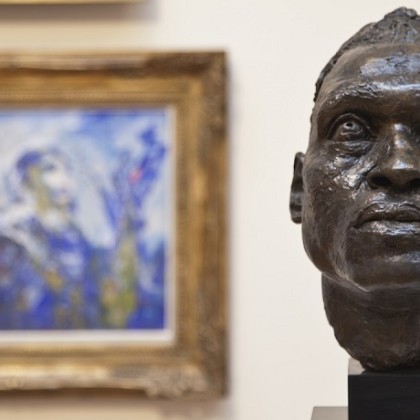 Join our Welcome Team for our free 10 minute Art Shot talks daily 2pm- 2.45pm except for Wednesdays and Saturdays.

The subject will vary but will relate to the displays and collections currently on at York Art Gallery.

Follow up a walk around the Roman re-enactors’ camp in the Museum Gardens with a unique opportunity to handle real artefacts excavated in York. Join Curator of Archaeology, Natalie McCaul to experience York’s Roman archaeology up close and explore life in 2nd century Eboracum.

Tickets available online here, in person from the York Visitor Information Centre, Museum Street, York YO1 7DT, or by phone: 01904 550099 (NB: For tickets sent by post there will be an additional postage charge).