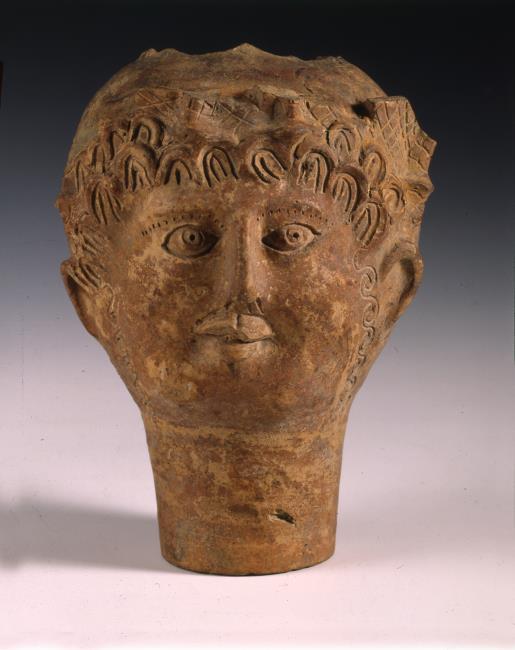 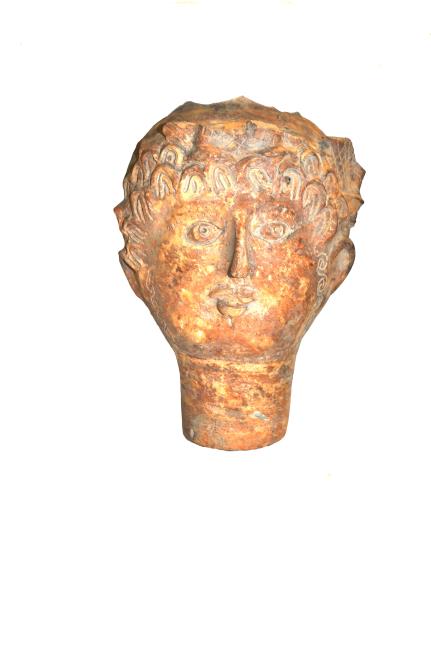 Collection
Archaeology
Object name
Face urn
Head pot
Object category
Roman
Description
Vessel in the shape of a man's head. The features are hand-moulded to a high relief. His hair is sepicted in ringlets, atop which a broken diadem is evident. His lips are narrow and pursed, his chin un-bearded. The neck is represented by the base of the vessel. Is has been suggested that this headpot represents an image of the Emperor Caracalla. Described in Eboracum as part of a group 'Pottery, found in the 19th century in Priory Street, was in some cases described as sepulchral, though there is no specific record of association with skeleton or cremation. But the pieces include some complete vessels, a face vase and a feeding bottle and date from the 2nd and 3rd centuries; and, if these are grave goods, it would seem that to the SE of Micklegate the built-up area of the colonia did not reach the line later occupied by the medieval city walls, even so late as the 3rd century.' Eboracum goes on to describe this pot in particular: 'face vase, of orange-red ware, designed as a male head with curls and ringlet, rim broken off.' The ringlets described here could be representations of facial hair. Other pottery found with this group includes YORYM : H65, YORYM : H159, YORYM : H788, YORYM : H2069, YORYM : H2076, YORYM : H2331 and YORYM : H2333.
Production date start
200
Production date end
300
Period
Roman