The Christmas and New Year Tradition of Wassailing 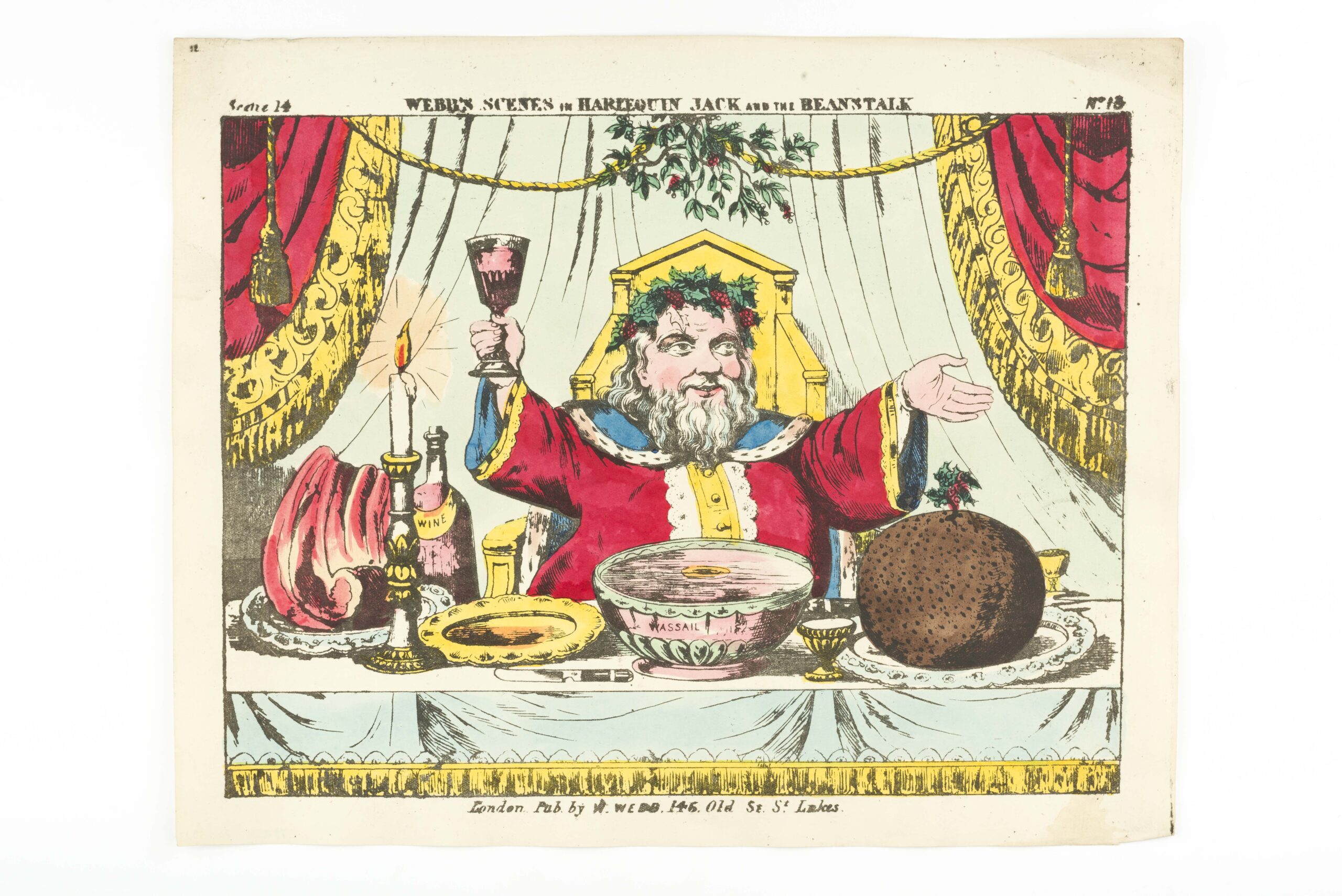 For centuries, wassailing was a popular part of Christmas and New Year celebrations. The word ‘wassail’ comes from the Old Norse for ‘good health’, and wassailing generally involved drinking to peoples’ health, often while singing about it.

Special communal drinking bowls developed. These could be large like the grand sharing bowl on display in our 17th Century Room, or small like this cup which is believed to be part of a door-to-door wassail set. 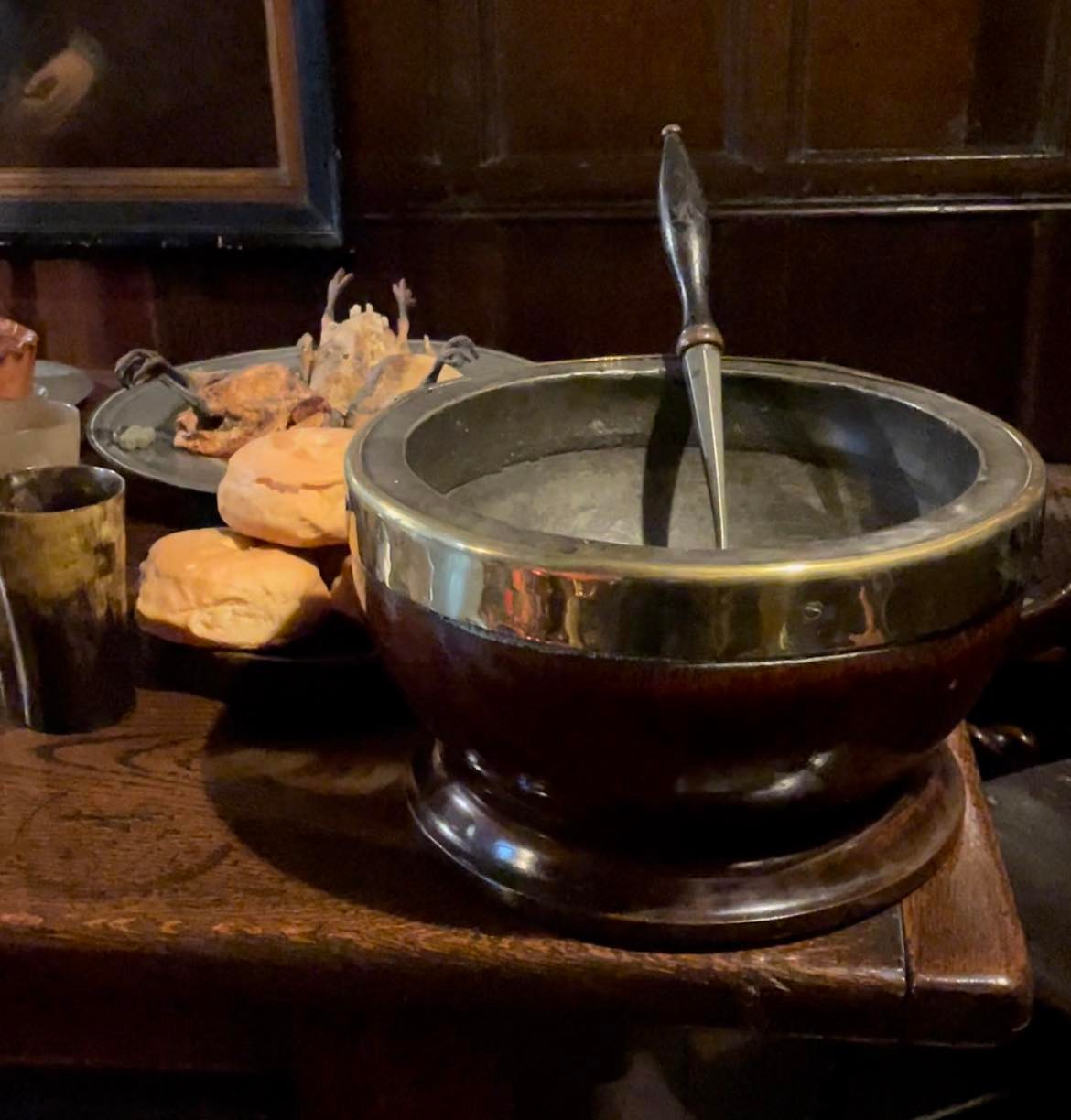 Large bowls were owned by well-to-do households, who filled them with a type of spiced ale called lambs wool. First, the head of the household would raise the wassail bowl and drink to the health of everyone present – like a modern-day toast – then the bowl would be passed around the room, and everyone would take a drink.

Poorer households had a different wassailing tradition. In the 1870s the Yorkshire Magazine wrote that poor families would decorate an empty bowl with ribbons and take it door-to-door on New Year’s Eve, singing wassail songs and asking for something to help fill it up. Some people asked for spiced ale, some asked for food, and some asked for money.

A wassail song written down in 1843 tells us what was expected from the people they visited.

Good master and good mistress, as you sit by the fire,

Consider us poor wassailers, who travel through the mire.

Good master and good mistress, if you will be but willing

Come send us out your eldest son with a sixpence or a shilling.

The song goes on to ask the good master and good mistress to send out white bread, Christmas cheese and roast beef, in other words, to share their Christmas feast and good fortune.

The charitable side of wassailing seems to have begun in the middle ages as an obligation owed by landowners to their tenants. It developed into an expected act of charity given by those who had something to spare. It was never thought of as begging, and that’s made clear in some of the songs. This was sung by wassailing children in Yorkshire until the 20th century:

We are not daily beggars

That beg from door to door

But we are neighbours’ children

That you have seen before

Over the centuries wassailing split into different activities, and even developed into a practice designed to gain good luck.

In the countryside, farmers would go out in groups with their spiced ale, wassailing to the animals and sometimes also trees in the orchards. By singing and toasting their health, farming communities hoped to ensure the prosperity of crops and livestock in the coming year.

Children had their own wassailing tradition. Instead of spiced ale, they carried the wassail box (also called the Milky Box, Advent Box and Vessel Box). This was especially popular in Yorkshire, and happened on New Year’s Eve, Twelfth Night – the last of the Twelve Days of Christmas, usually January 6th – and sometimes in the run-up to Christmas too.

Wassail dolls were produced commercially in Yorkshire until the 19th century, but dolls could also be home made. The box was generally re-used; our wassail box started life as a chocolate box. 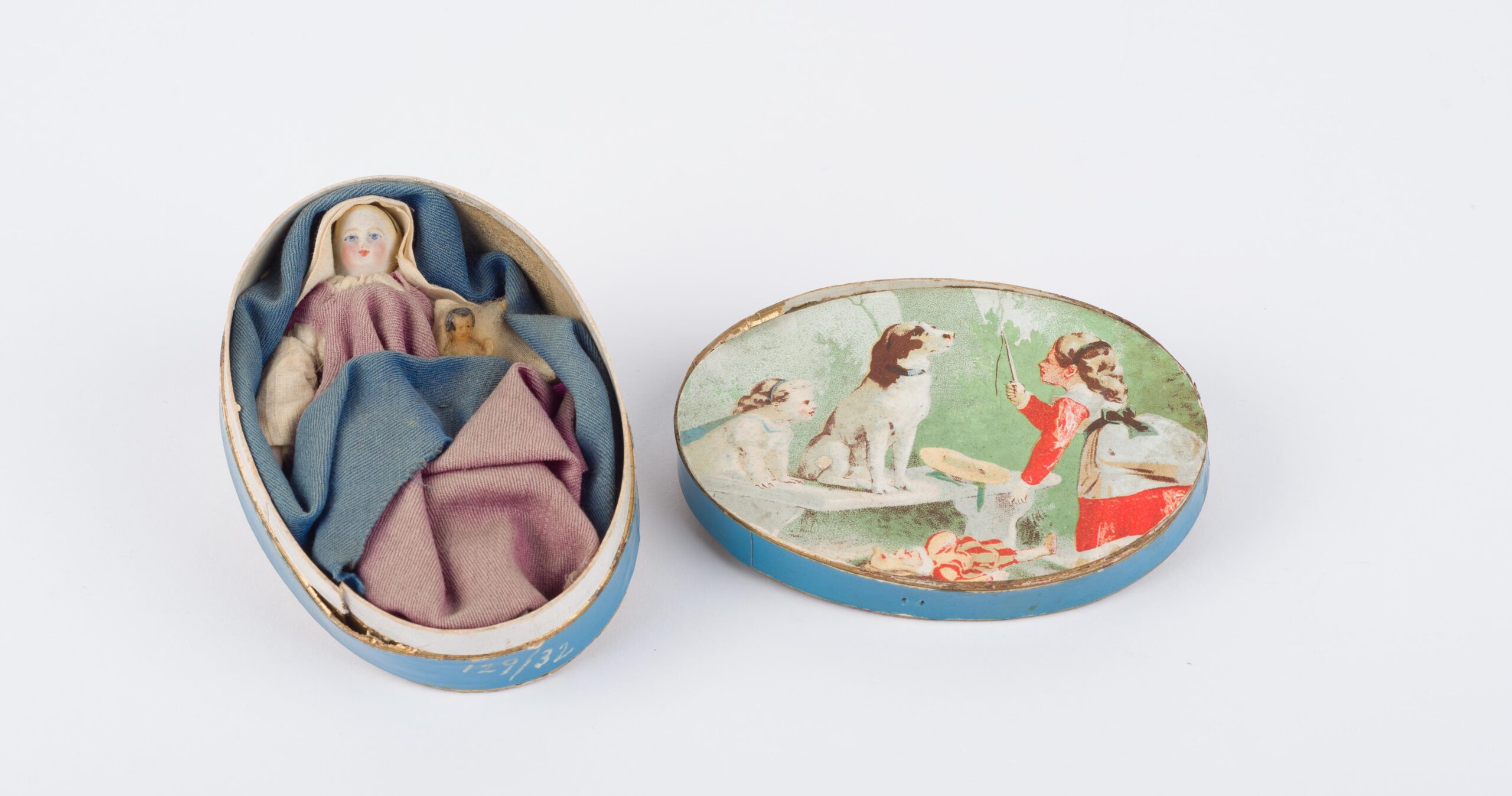 Wassailing fell out of popularity during the 19th century, largely replaced by carolling, but the act of drinking to the health of friends and family in the festive season carried on, and is as popular now as it has ever been.