Like the Yule Log and the Christmas Tree, Christmas baubles originally came from Germany. They were first made in the town of Lauscha (Thuringia, Germany) in the 16th century. The invention of baubles is credited to a glassblower called Hans Greiner (1550-1609) who made strings of glass beads that could be hung up as decorations. He also made decorations from tin. 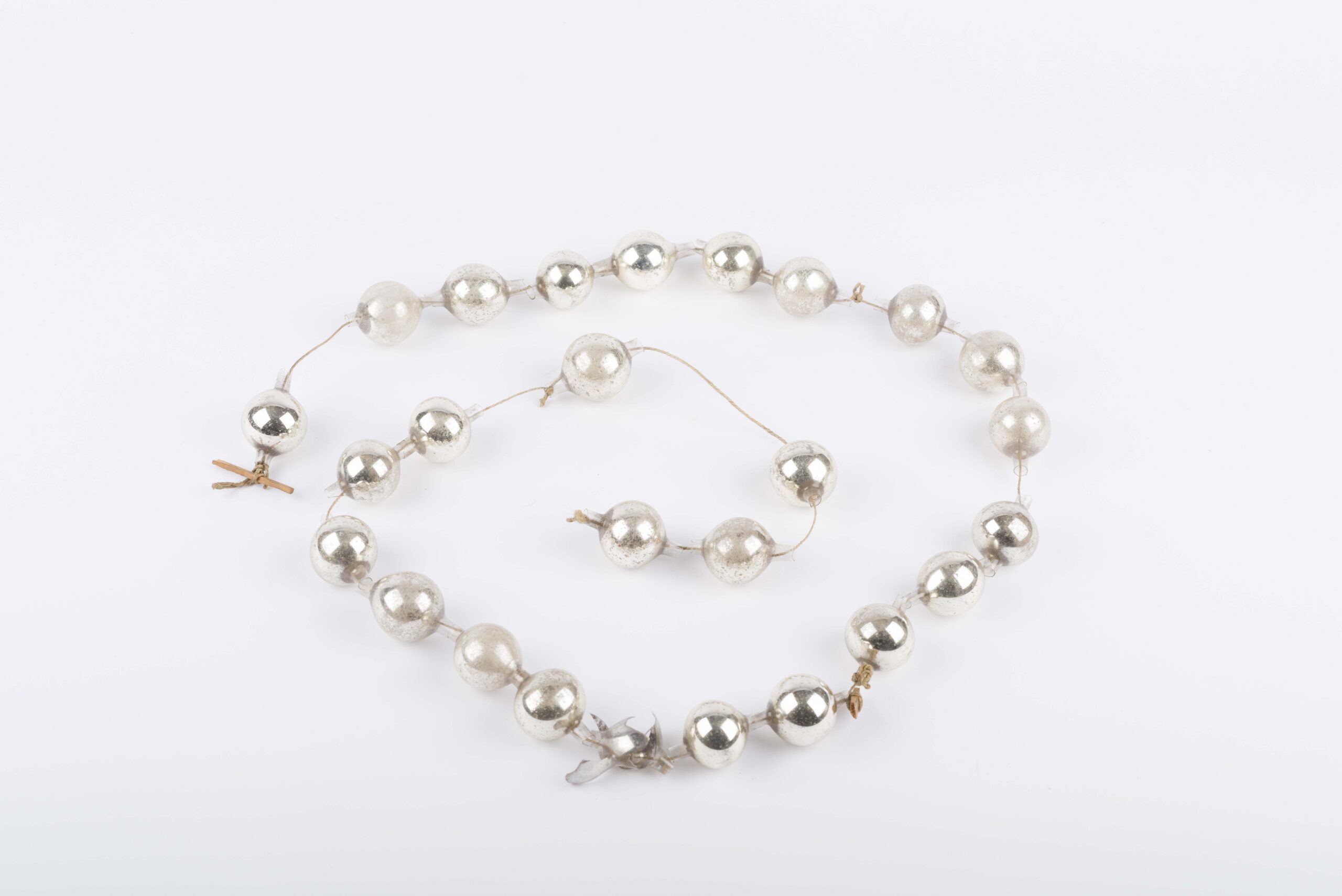 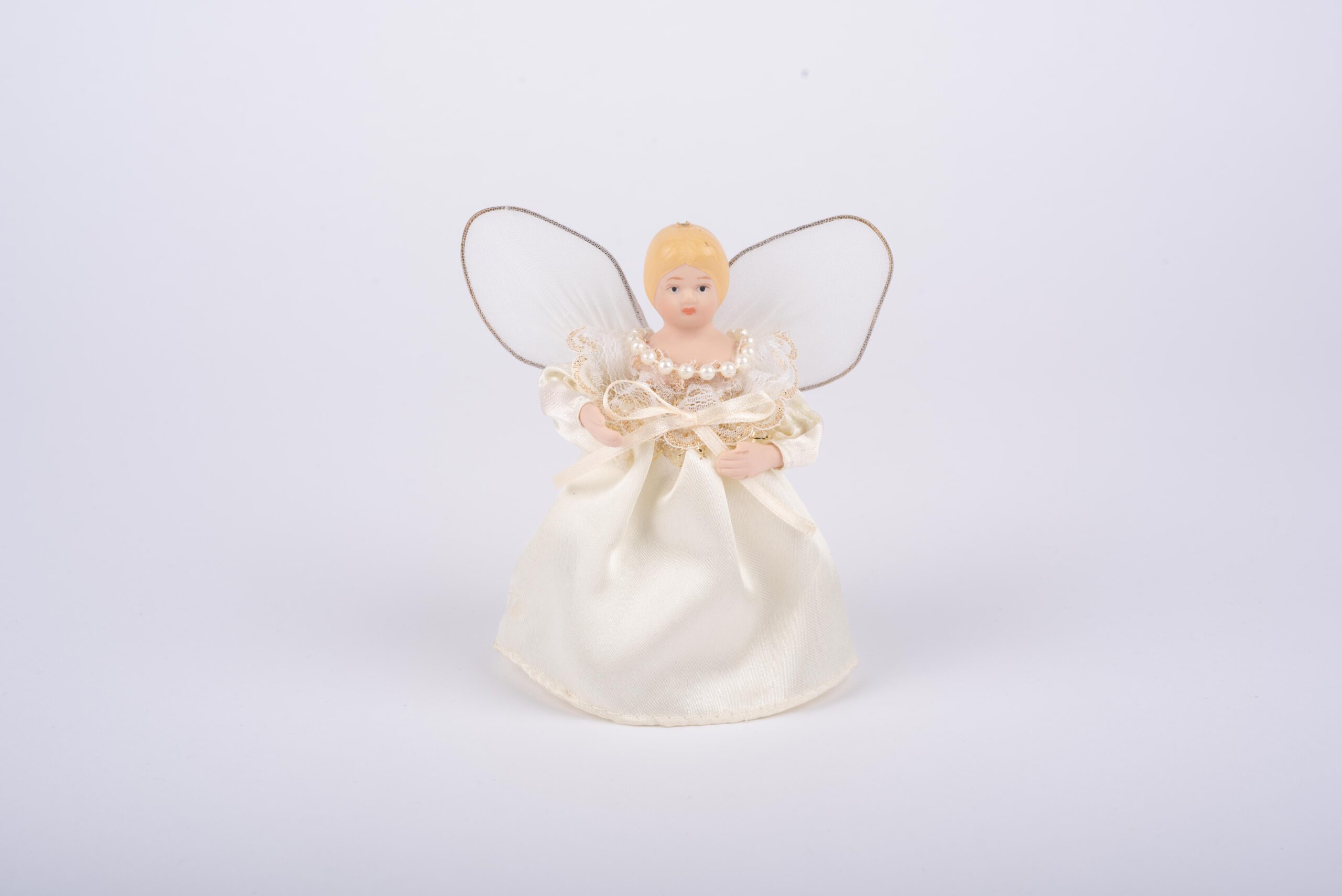 Our bead garlands aren’t quite so old, and date from the 19th and early 20th centuries. They would have been used to decorate Christmas trees, which became popular in England in the 1840s when an engraving was published of Queen Victoria, Prince Albert and their children celebrating around one of their trees. Most glass decorations sold in England before the First World War were made in Germany, which remained the largest exporter of glass Christmas decorations until the outbreak of the Second World War.

Glass blowing techniques enabled a wide variety of baubles to be made. By the end of the 19th century, baubles could be bought in shapes that might look surprising or not especially Christmassy today. How about this cheeky glass peach? Or would you prefer a pear? 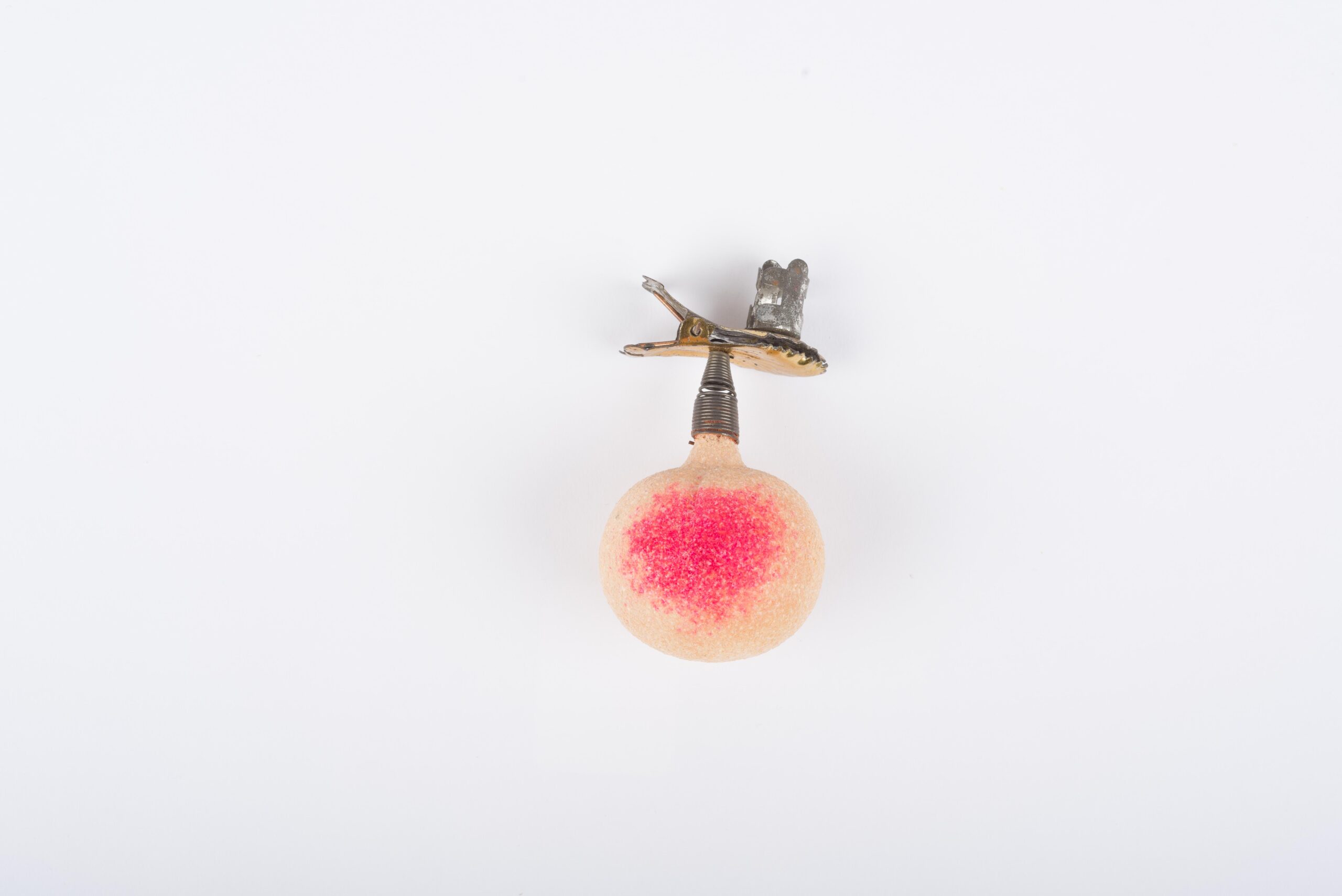 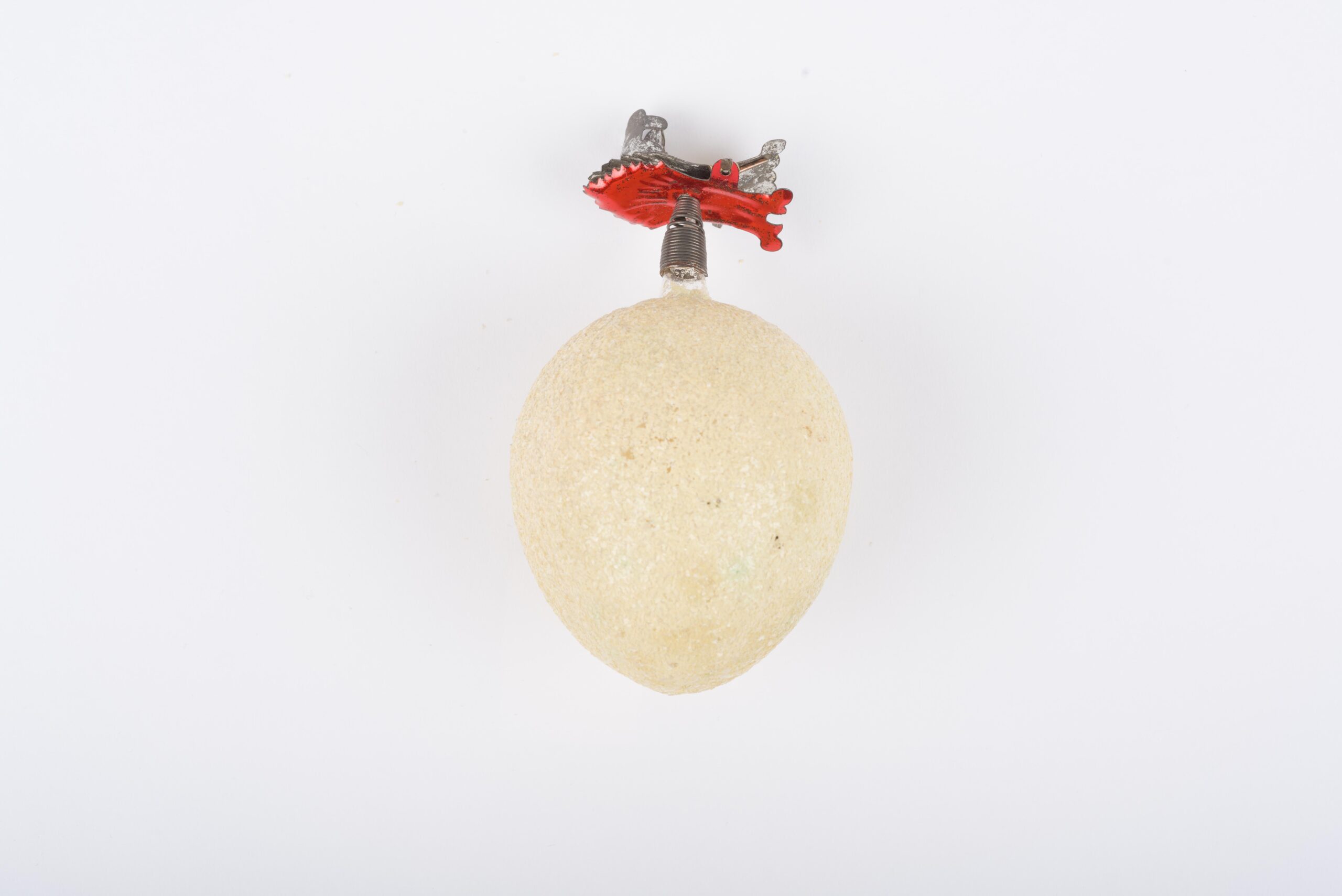 Fruit was a favourite for Victorian Christmas ornaments, and a crushed-glass effect made the surface glitter.

Birds were also popular. This clip-on peacock dates from the early 20th century, and has synthetic hair for a tail. Similar clip-on birds are still made today.

Other popular shapes included flowers, bells, and even clocks. Our clock has a tiny paper face which has been glued onto the glass. 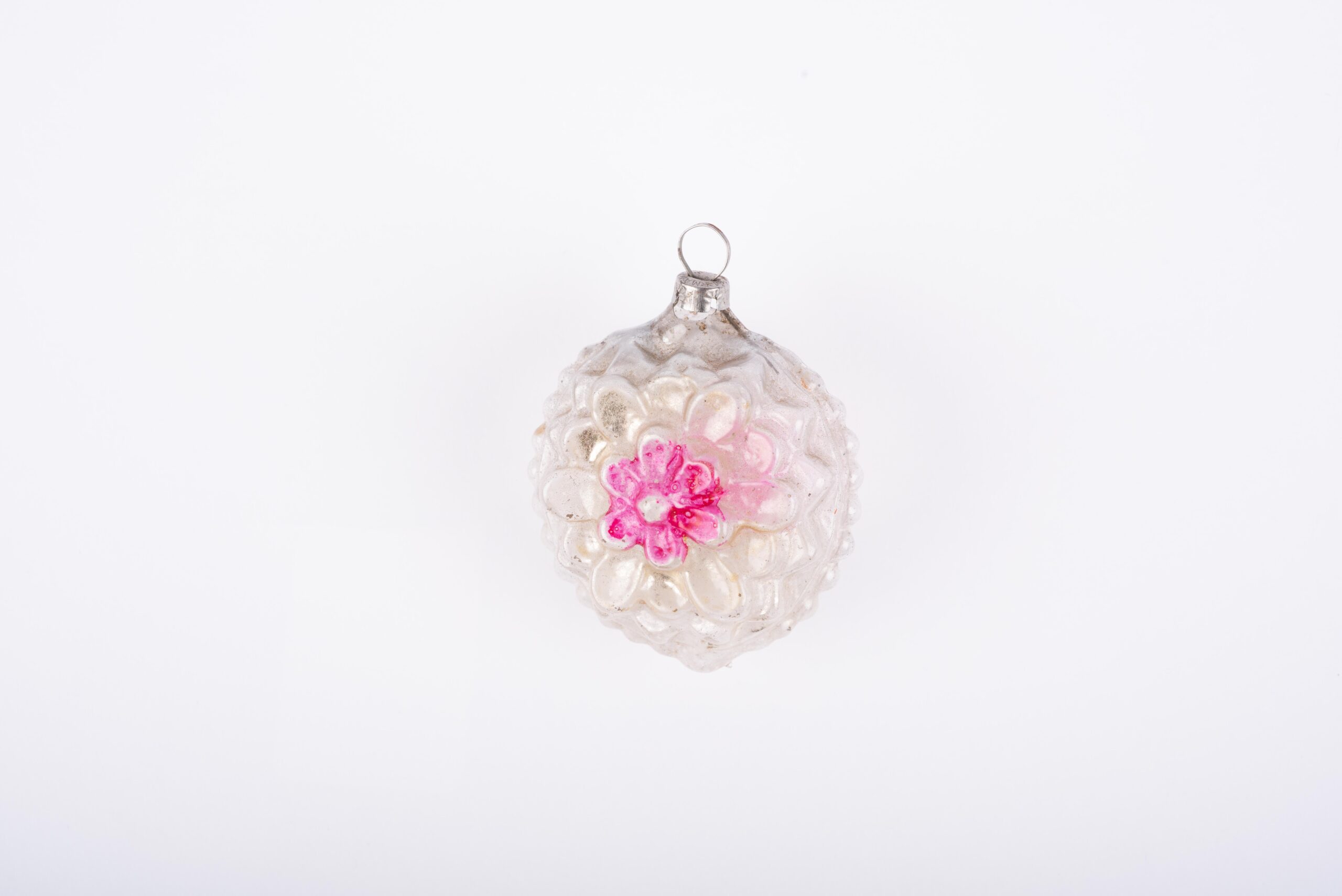 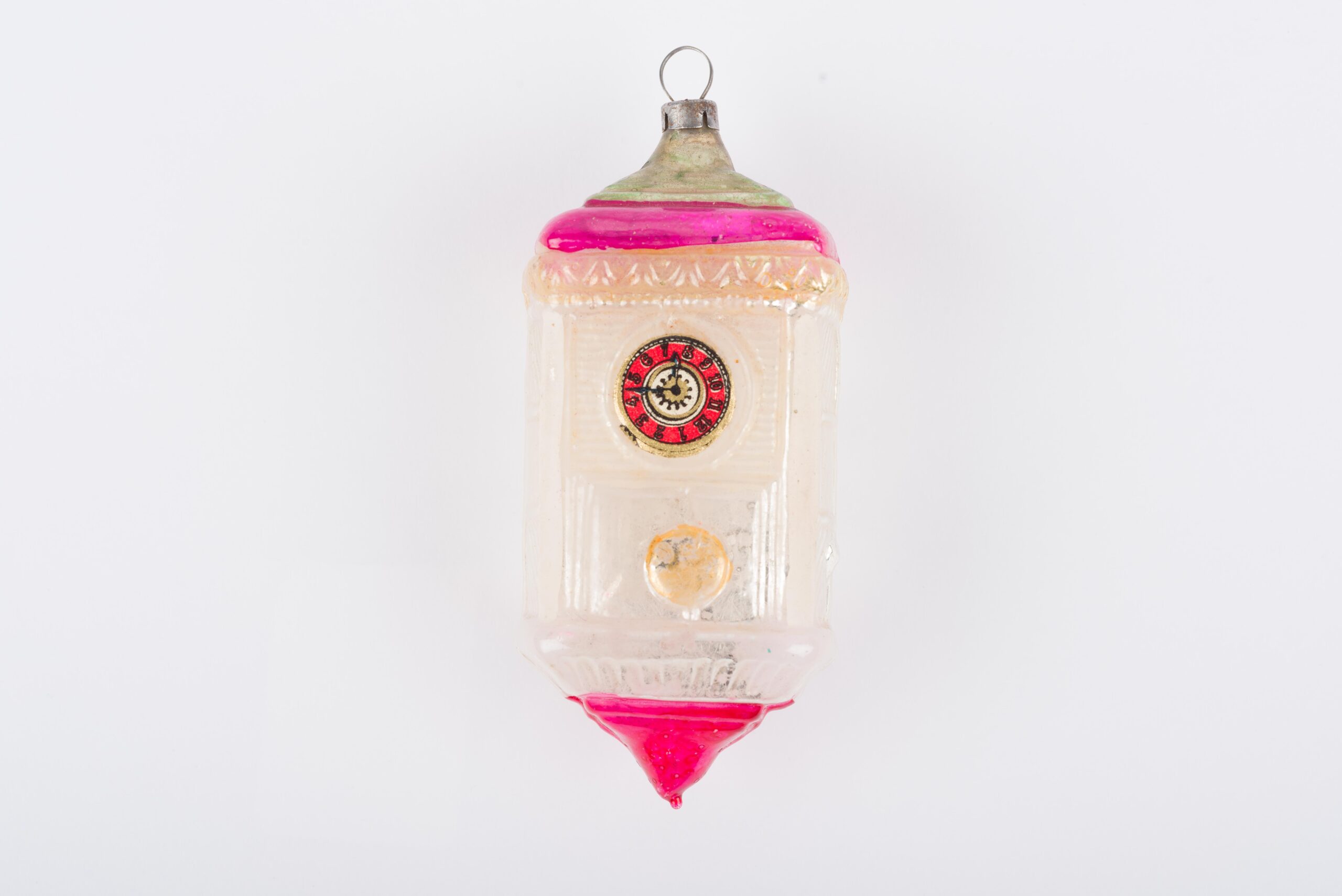 Like now, the Victorians enjoyed Christmas lights, and many people fixed candles or tapers to their trees. Candles could be expensive, especially if they used nice-smelling beeswax instead of tallow (animal fat). Some people used tapers, which were like very thin tallow candles, and were much cheaper.

Having a large Christmas tree with plenty of lights was a status symbol, but it was also a fire hazard. 19th-century newspaper reports tell of house fires caused by tree candles, and even of them setting peoples’ clothes on fire. Despite the risk, candles remained a common tree decoration well into the 20th century.

To fix a candle to a tree, most people used holders, like these colourful tin clips. They grip onto a branch, and reflect the light of the small flame. We use these in our Victorian Parlour, but we don’t light the candles! 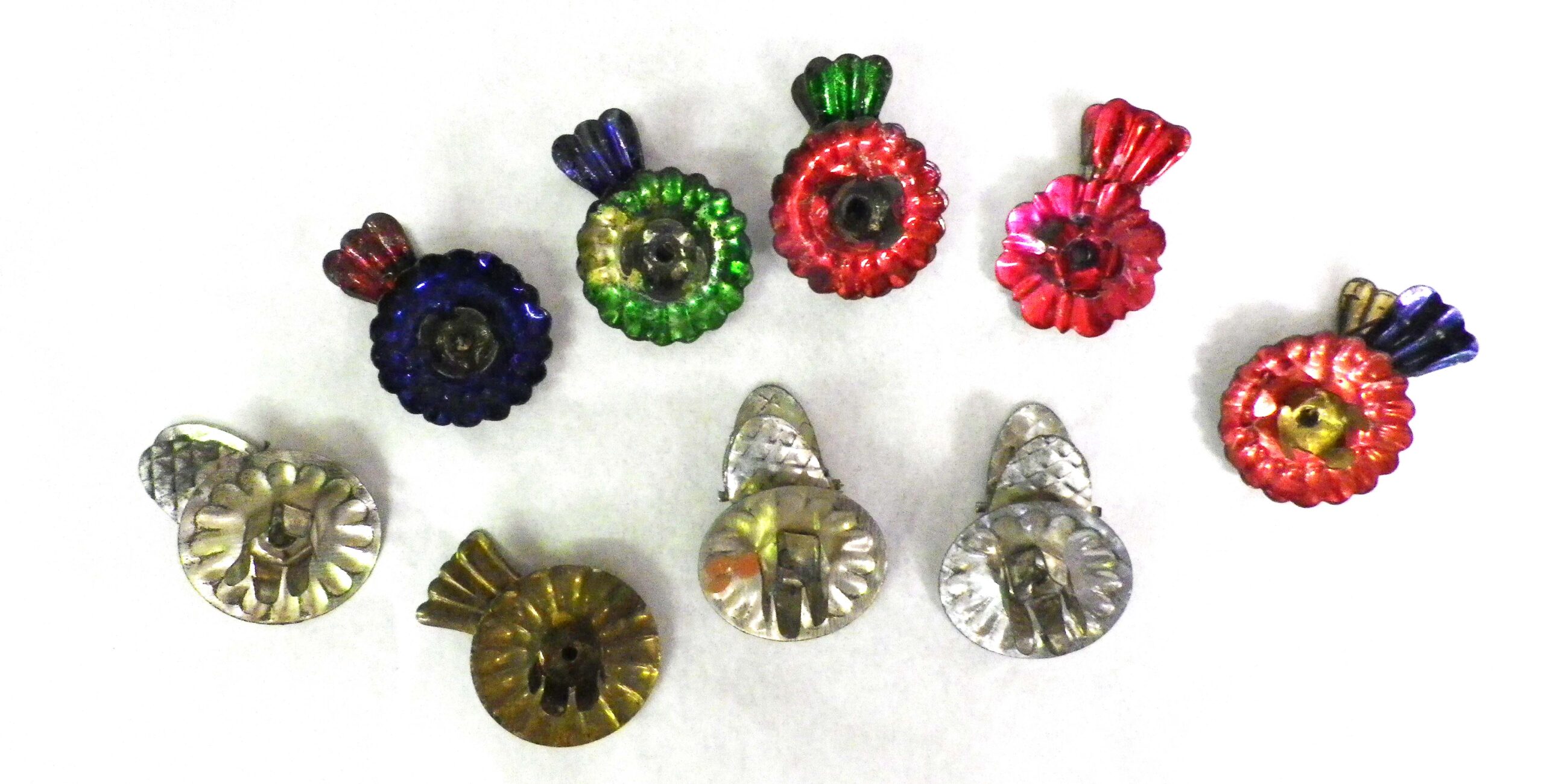