Over 10,000 years ago in the Vale of Pickering stood a Mesolithic lakeside settlement, now known as Star Carr.  Over time the landscape around Star Carr changed dramatically.  Further afield sea levels rose, separating Great Britain from mainland Europe, and locally the lake in the Vale of York drained, leaving behind waterlogged peat.  For thousands of years these waterlogged ground conditions preserved the organic remains of life at Star Carr in the Mesolithic (middle stone age).  The discovery of this site and the preserved objects found there, such as bone, antler, and wood, have helped to reshape our understanding of the Mesolithic, making Star Carr the most important Mesolithic site in Britain. 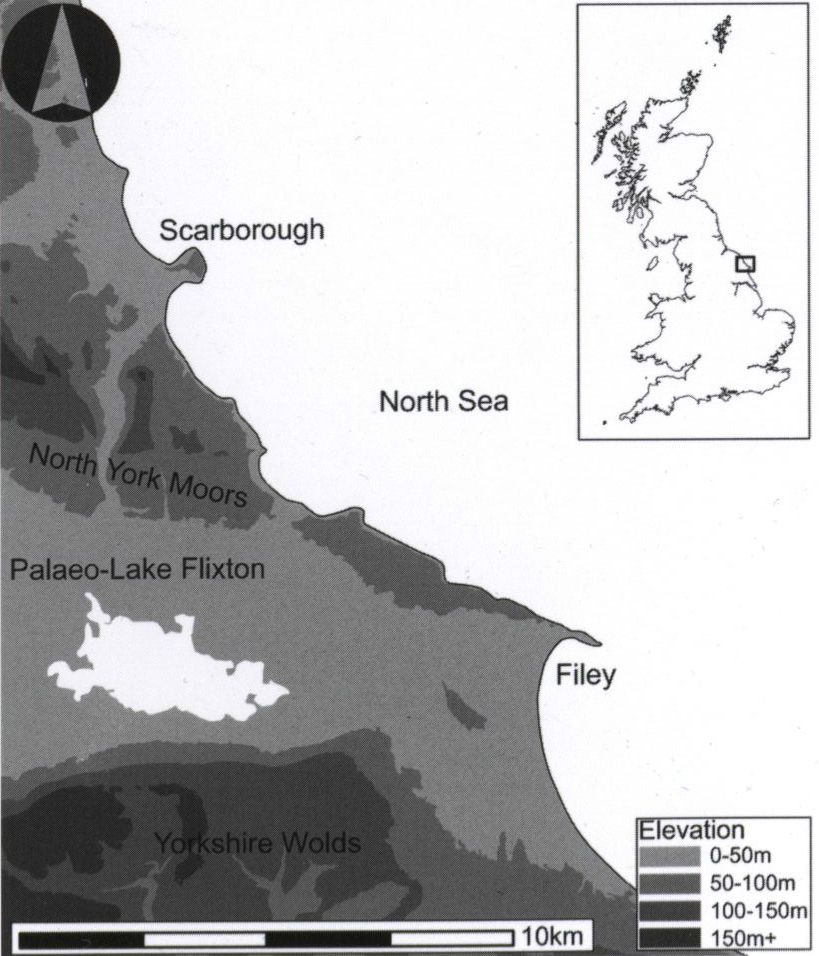 Map showing the location and size of Palaeo-Lake Flixton.

In 1947 chance discoveries of flint tools prompted the first planned excavations of the site in 1948.  The unexpected and remarkable discovery of organic remains at Star Carr meant that these excavations continued until 1951.  Further archaeological excavations at Star Carr and in the surrounding landscape took place in 1977, 1985, and 1989.  The most recent phases of excavation took place between 2004 and 2015 , in response to observations that preservation of finds in the area was rapidly deteriorating. 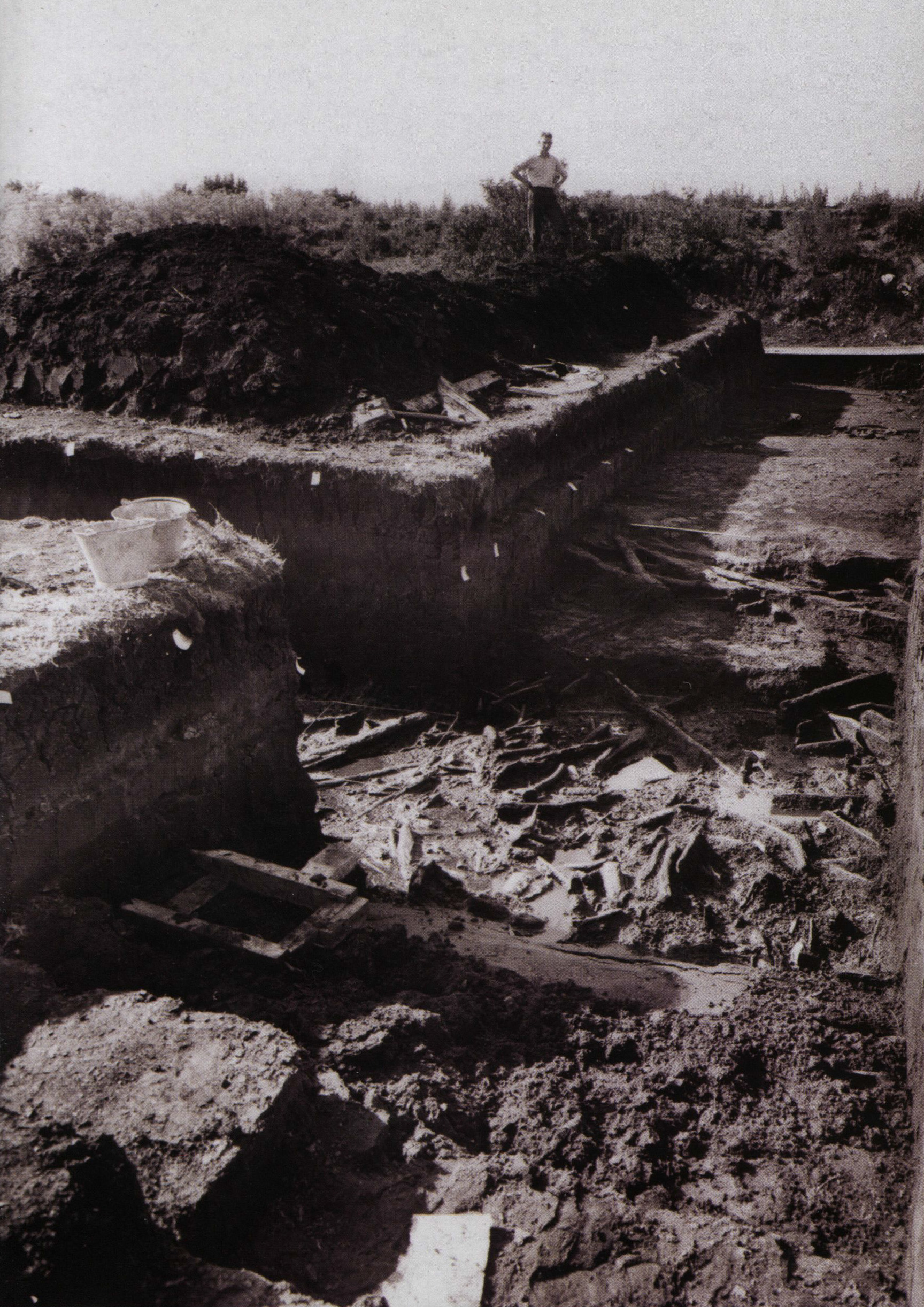 Photograph of a large trench dug during the 1940s Star Carr excavations.

Some of the finds from Star Carr excavations have gained widespread public attention, and are already on display in the Yorkshire Museum.  These include the Star Carr pendant, which is a shale pendant engraved with the earliest known Mesolithic art in Britain, and the red deer antler frontlets, thought to have been worn as headdresses for hunting or ritual purposes. 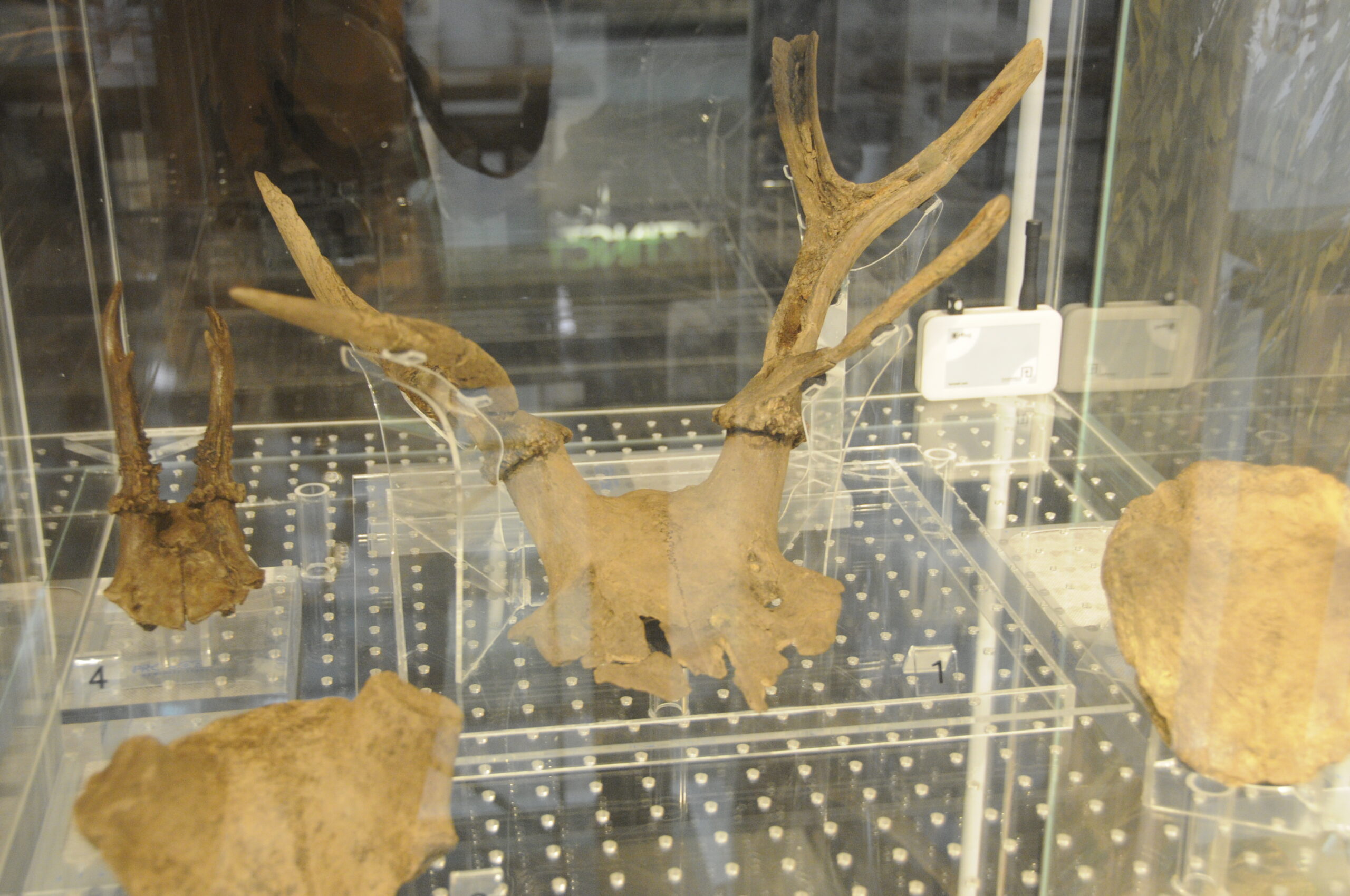 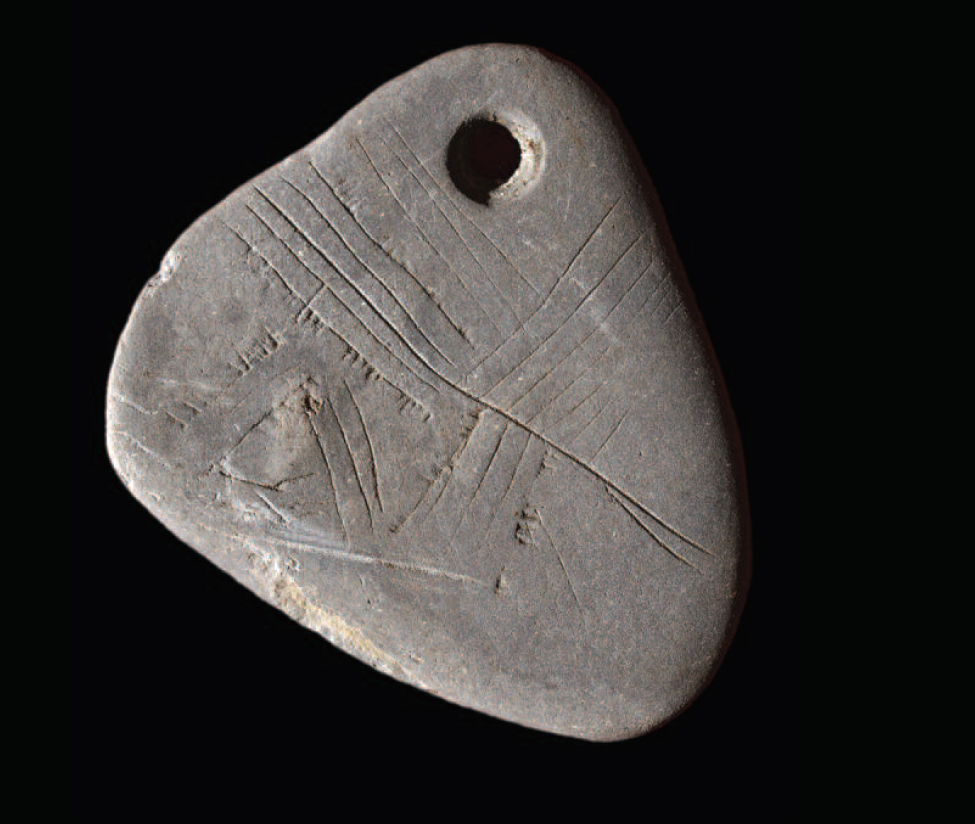 In addition to these well-known objects, however, thousands of other fascinating objects have also been found at the site.  Each phase of excavation generated a new archaeological archive of finds and documentary records.  As well as interpreting and displaying the archaeological heritage of Yorkshire, the Yorkshire Museum also serves as the primary repository for archaeological archives from North Yorkshire.  This role ensures that these objects and the information associated with them are looked after for present and future generations, and are made accessible for research, interpretation, and display.

In 2021 the latest archaeological archive from Star Carr was deposited with the Yorkshire Museum.  This archive consists of 124 boxes of finds, numbering over 24,000 objects in total. 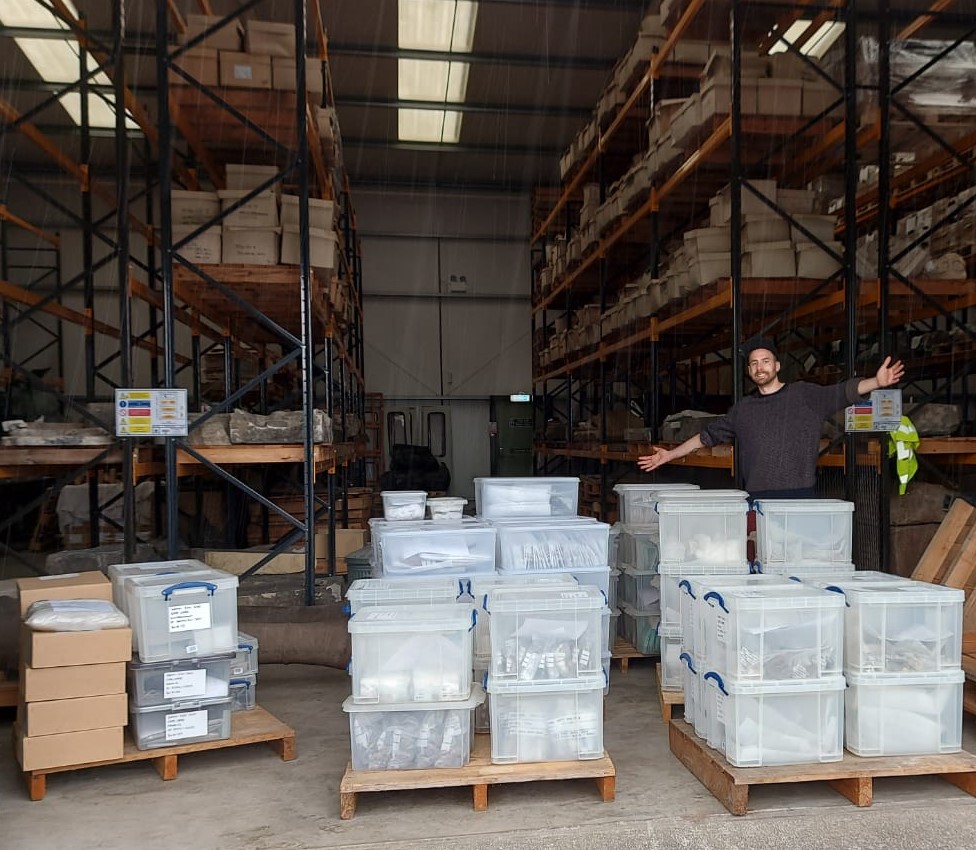 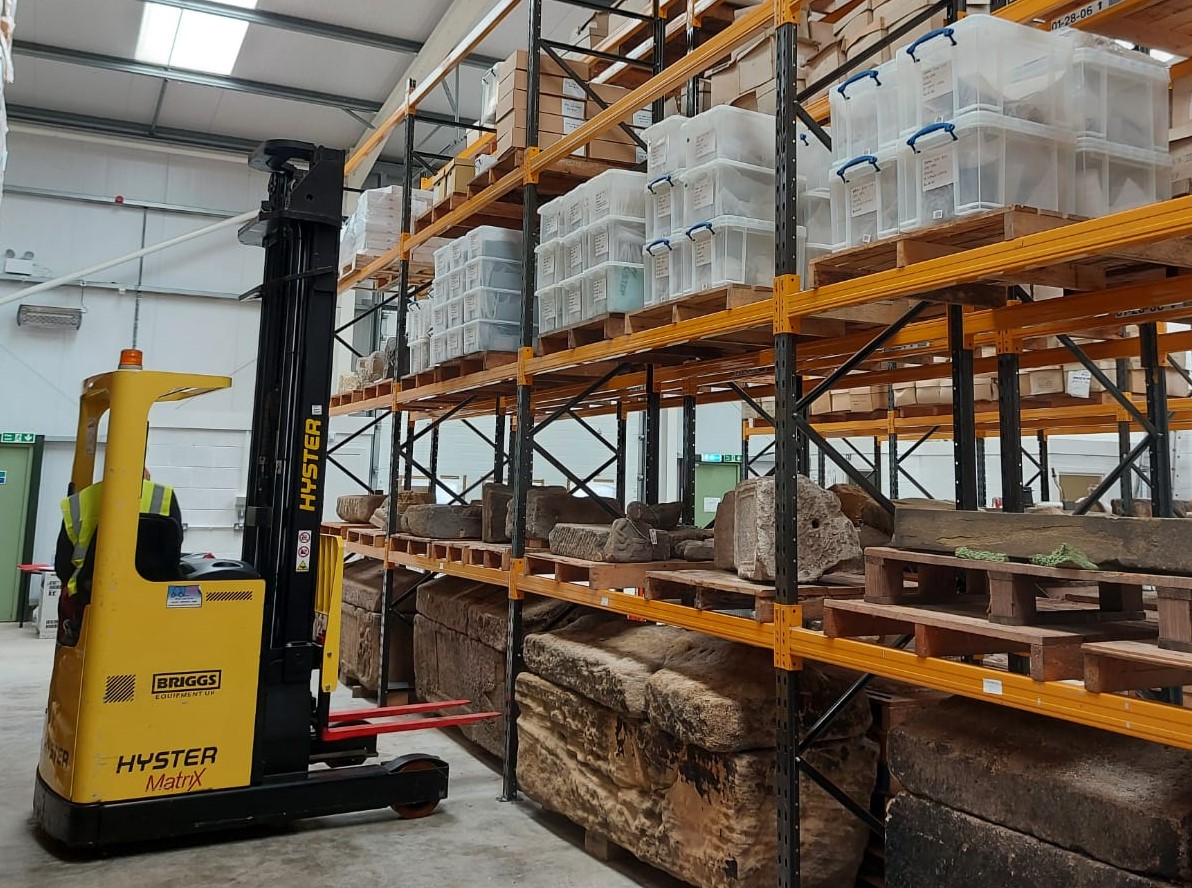 The recently excavated Star Carr archive arriving at one of the Yorkshire Museum’s stores.

In order to best care for these finds, share them with the community, and protect the information we have about them for future generations, each one of these objects must be carefully documented on the museum’s collections management system.  The Curatorial and Digital teams at the Yorkshire Museum are undertaking a largescale project, generously funded by Historic England, to assess and understand the digital data that accompanies this archive, and to prepare it for largescale migration into the collections management system.  This project will increase the number of archaeological records on the database by more than 10% and will pave the way for applying this approach to other large-scale archives already in the Yorkshire Museum’s care, and the large number of archives which will be deposited with the museum in years to come. 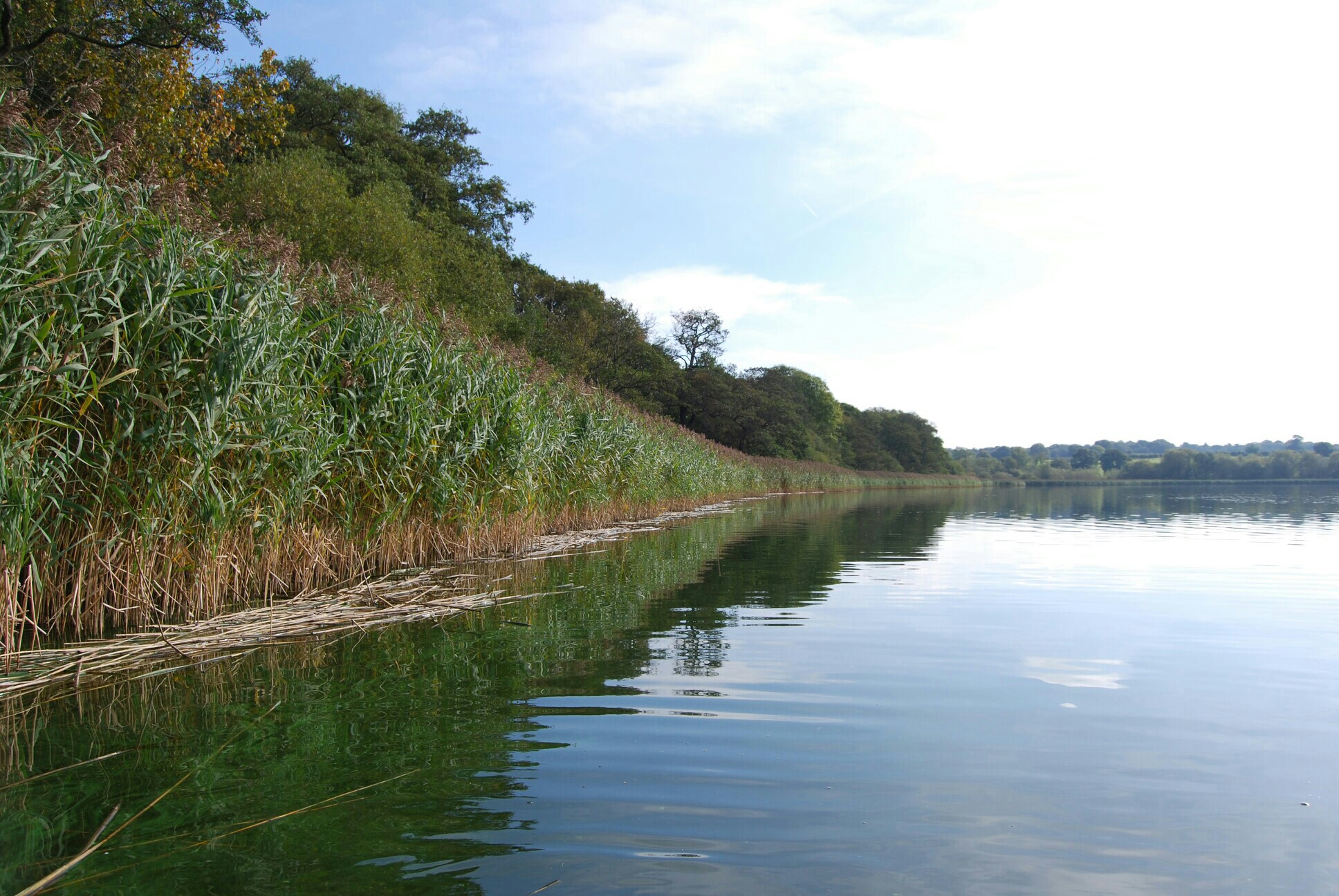 Reconstruction of the environment on the shores of Palaeo-Lake Flixton.

The finds and information contained within this archive represent the most up-to-date and comprehensive data from Star Carr, and are already of significant interest to the public and researchers alike.  Environmental data from Star Carr has shown that ground conditions are changing, and the waterlogged conditions that have been so crucial to preserving organic evidence from this site will soon be gone, taking any remaining evidence of Mesolithic life at Star Carr with them.  It is therefore likely that this archive represents the final excavated evidence from Star Carr.  The accurate, prompt, and accessible documentation of these finds in the museum archive is fundamental to furthering our understanding of Mesolithic Britain in generations to come. 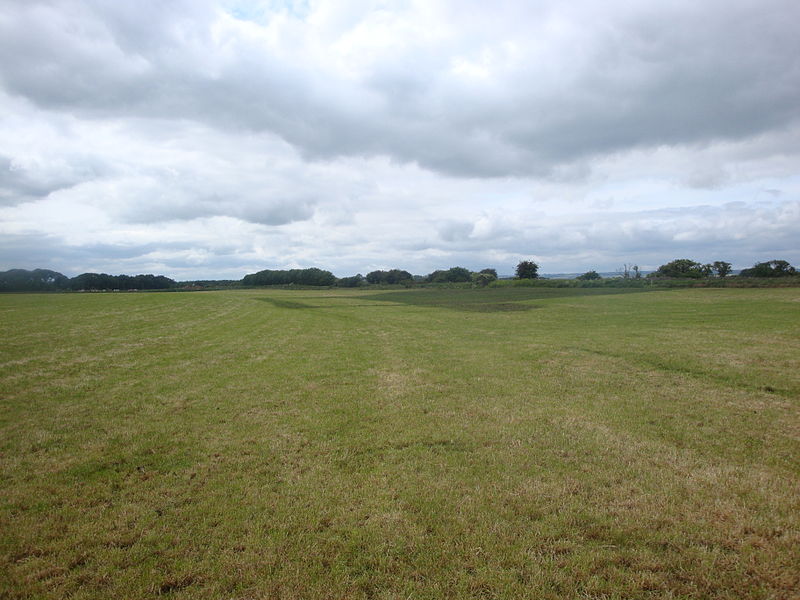 We’ll be sharing our progress with this documentation project on Twitter at @YorkshireMuseum and on YouTube at YorkMuseumsTrust.  We look forward to sharing these wonderful objects with you in future, and can’t wait to tell the story of this amazing archaeological site.