Mythology has captivated our minds and inspired our creativity for centuries. In a world where social media, fashion, literature, and all manner of the arts is driven by ‘trends,’ mythology never seems to have gone out of style. Bernini was entrancing us with his sculpture of Apollo and Daphne in the 17th century, in the 21st century we enjoy Percy Jackson and the Lightning Thief or delve into the popular Greek Myths series by national treasure Stephen Fry.

Mythology has something for everyone – drama, sex, violence, romance, mystery, theology. It never ceases to entertain which is perhaps why the art world loves it so much. While we may associate mythological art primarily with the Renaissance, it has also been interpreted within other movements such as Surrealism and Conceptual Art, by artists as far apart as J. M. W. Turner and Francis Bacon.

Below I highlight five artworks from the York Art Gallery that were inspired by Greek and Roman mythology. They demonstrate how long-lasting, widely interpreted and most importantly, how widely loved these stories have been to artists across history. 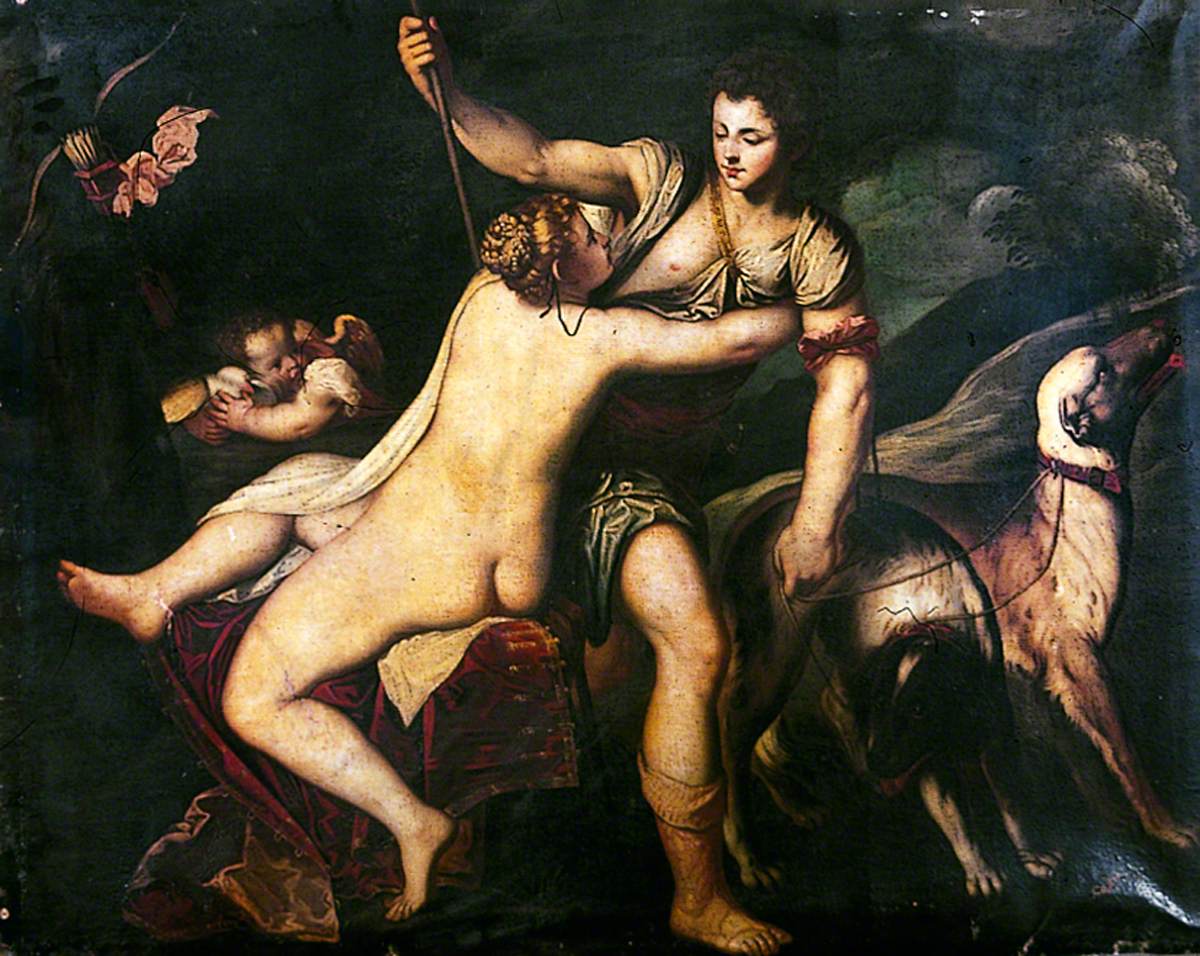 This image depicts the myth of Venus, Roman Goddess of Love, and her lover, the hunter Adonis. In Greek mythology, he was the god of beauty and desire and nowadays you might recognise the term as a flattering compliment. This painting depicts the moment when Venus awakens, having dreamt of Adonis’ death out hunting, begging him not to go. Foolishly, Adonis does not listen and is later killed by a wild pig.

A composition that was painted by Titian and his studio numerous times, we see Adonis pulling away from Venus, his hounds at his side, clutching his spear. On the right, Cupid crouches hidden, clutching a dove, a typical attribute of Venus. His bow and arrows of seduction are hanging abandoned in a tree, symbolising that this is not an image of love and will end in tragedy. 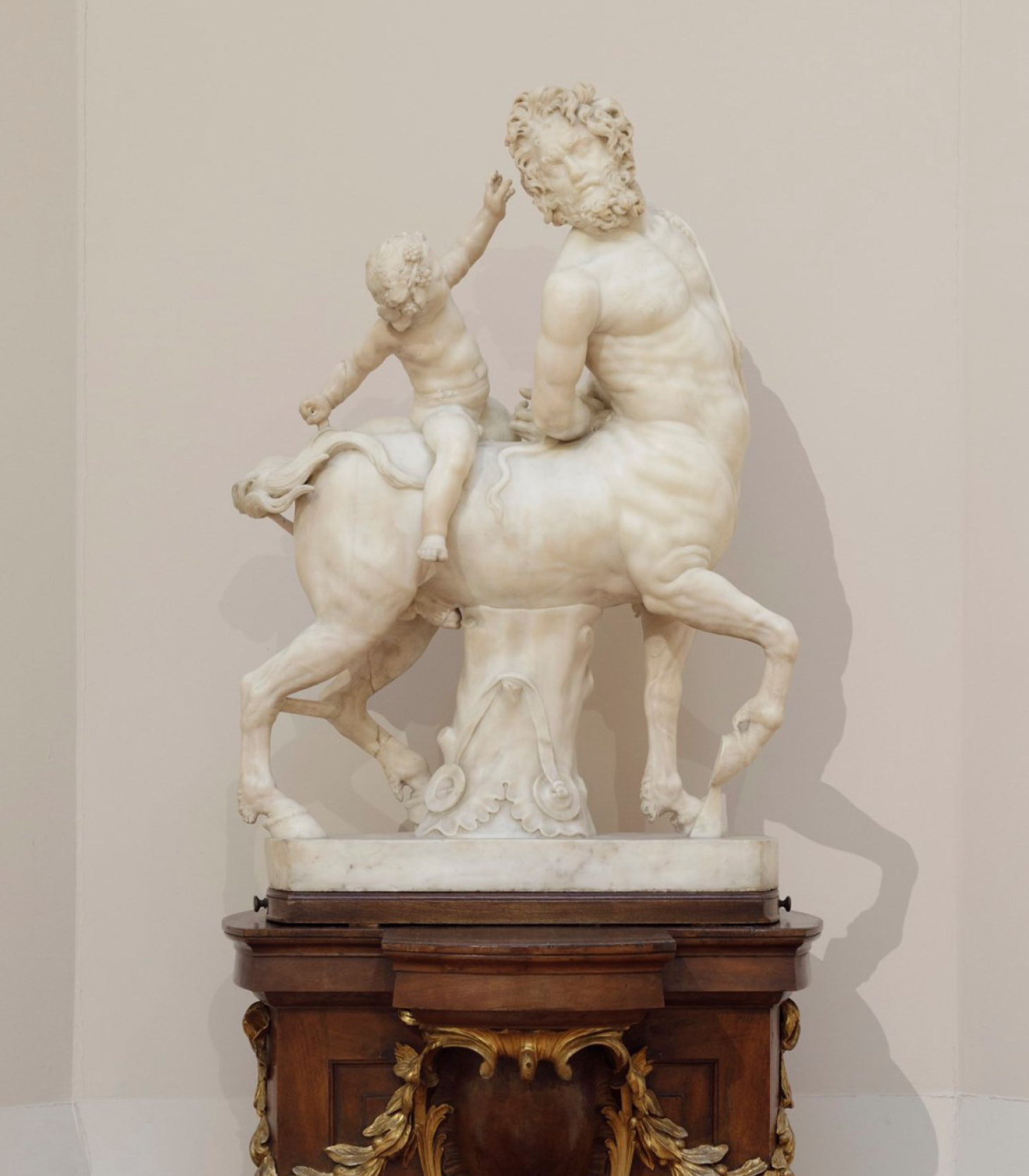 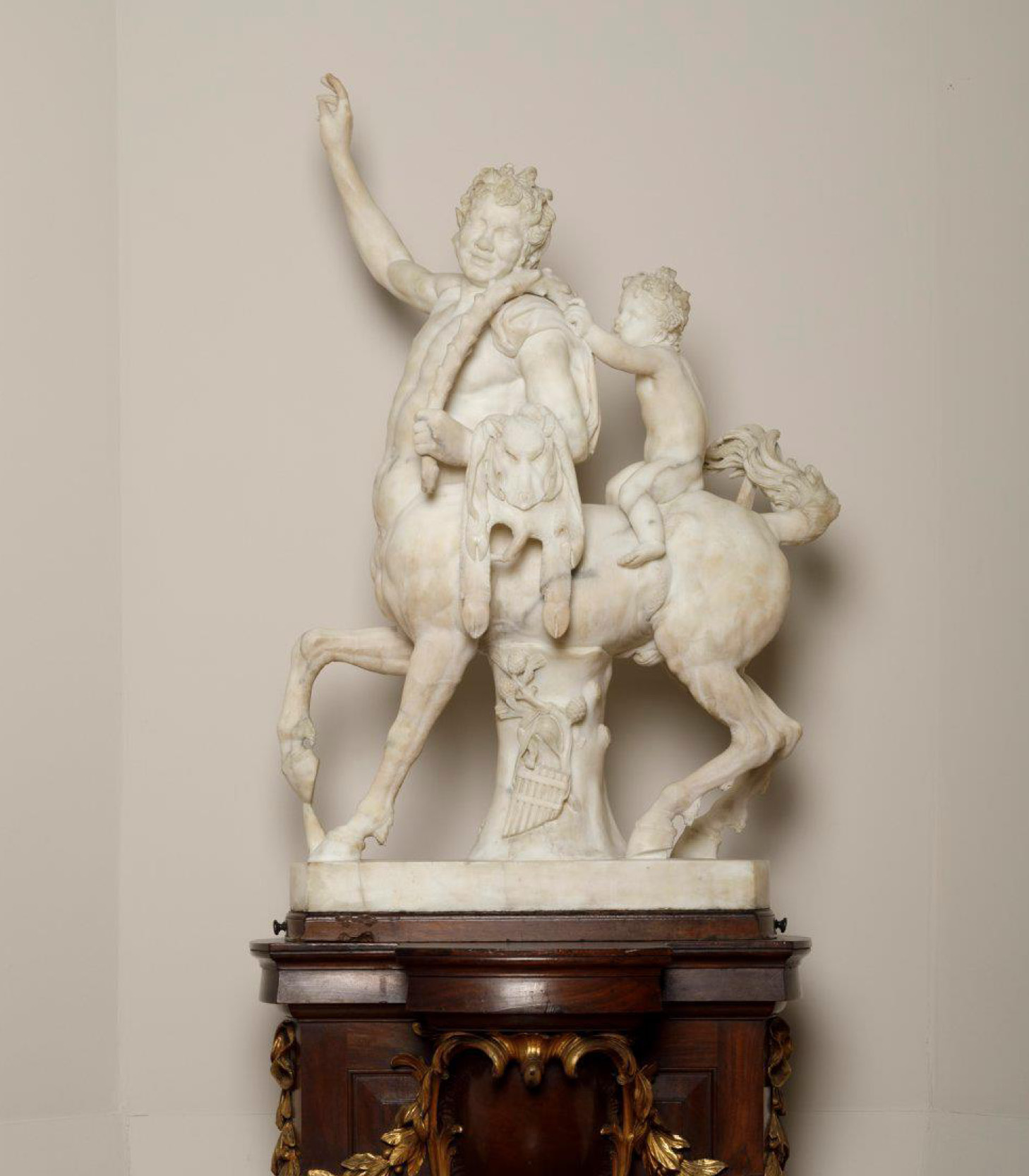 These two sculptures depict the mythological creature of the centaur, half-man and half-horse. Carved in the mid 18th Century by Italian sculptor Bartolomeo Cavaceppi, they are based on the Furietti Centaurs, a pair of dark grey marble Capitoline sculptures believed to be copies of a late 2nd Century BC original. Discovered in the ruins of Hadrian’s Villa in Tivoli in 1736, they were obtained by Cardinal Giuseppe Alessandro Furietti and later displayed in his apartments in Rome.

They were highly regarded due to the high quality of their workmanship and their provenance (as they were probably commissioned by Emperor Hadrian himself). They proved a sensation within the Roman art world, leading to many casts and copies by contemporary artists, including these in marble by Cavaceppi. See them on display in the Burton Gallery. 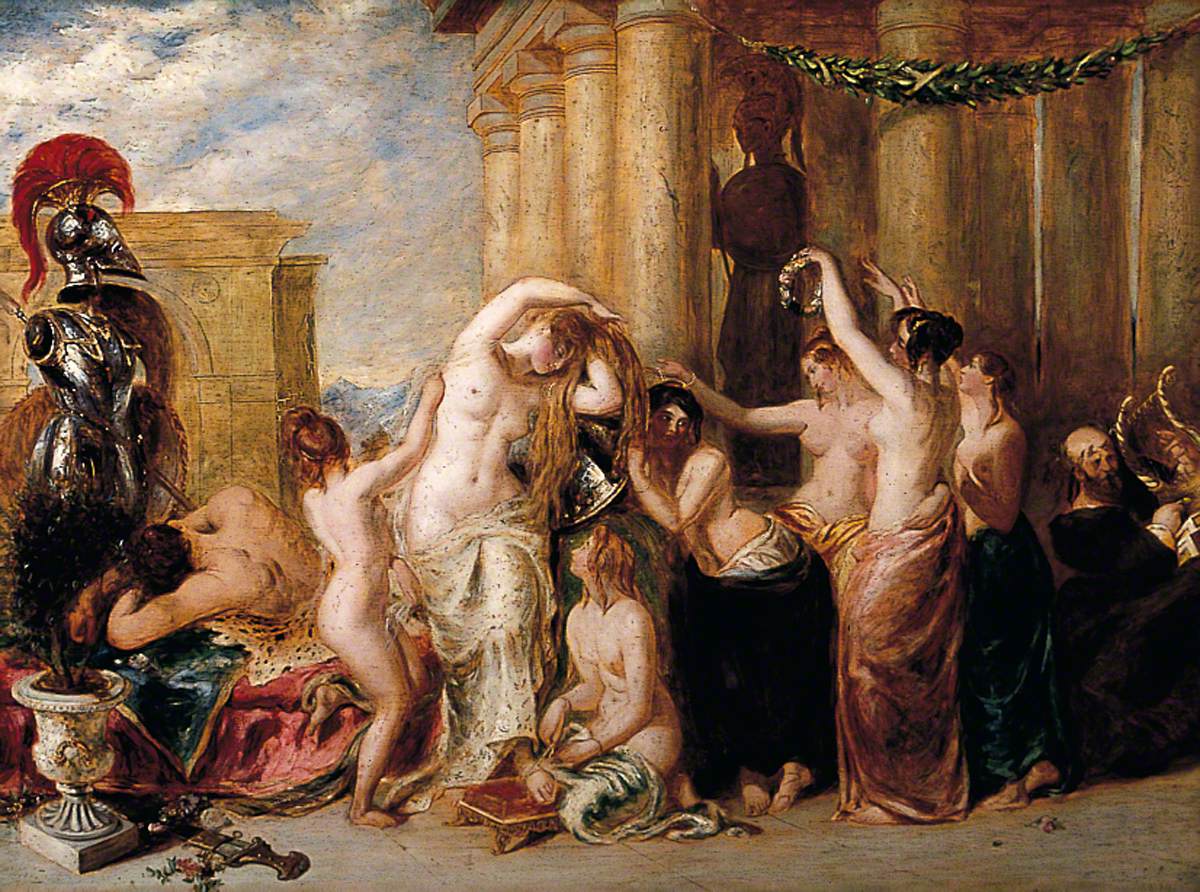 This image, by York artist William Etty, depicts the Toilet of Venus or Venus and Her Satellites. Etty was well known (and quite infamous) for his history and mythological paintings which often featured nudes. One of several copies Etty made, The Toilet of Venus was first exhibited in 1835 at the Royal Academy of Arts, where it caused a media scandal, labelled as ‘pornographic’ and having ‘a total absence of soul.’ Indeed, Etty was slated so intensely by the media, that The Observer even called on the Archbishop of Canterbury to discipline Etty for his poor taste.

However, Etty considered it one of his finest works and continued to take life drawing classes and paint mythological nudes right until the end of his life.

French artist Roussel was part of the Le Nabis group, a movement of the late 19th Century which worked in the transition from Impressionism and Academic art to Abstraction, Symbolism and other movements of Modernism.

Roussel began to paint mythological scenes around 1900 in the region of Île-de-France where he lived. The landscape greatly inspired his colour palette and provided the setting and composition for his scenes, which largely featured mythological creatures such as nymphs, fauns and centaurs.

Silenus was a figure from Greek mythology and the usual companion of the god of wine, Dionysus or Bacchus. He is often depicted old and drunken whilst riding a mule (as he is seen here) accompanied by his festive companions, the Bacchantes. 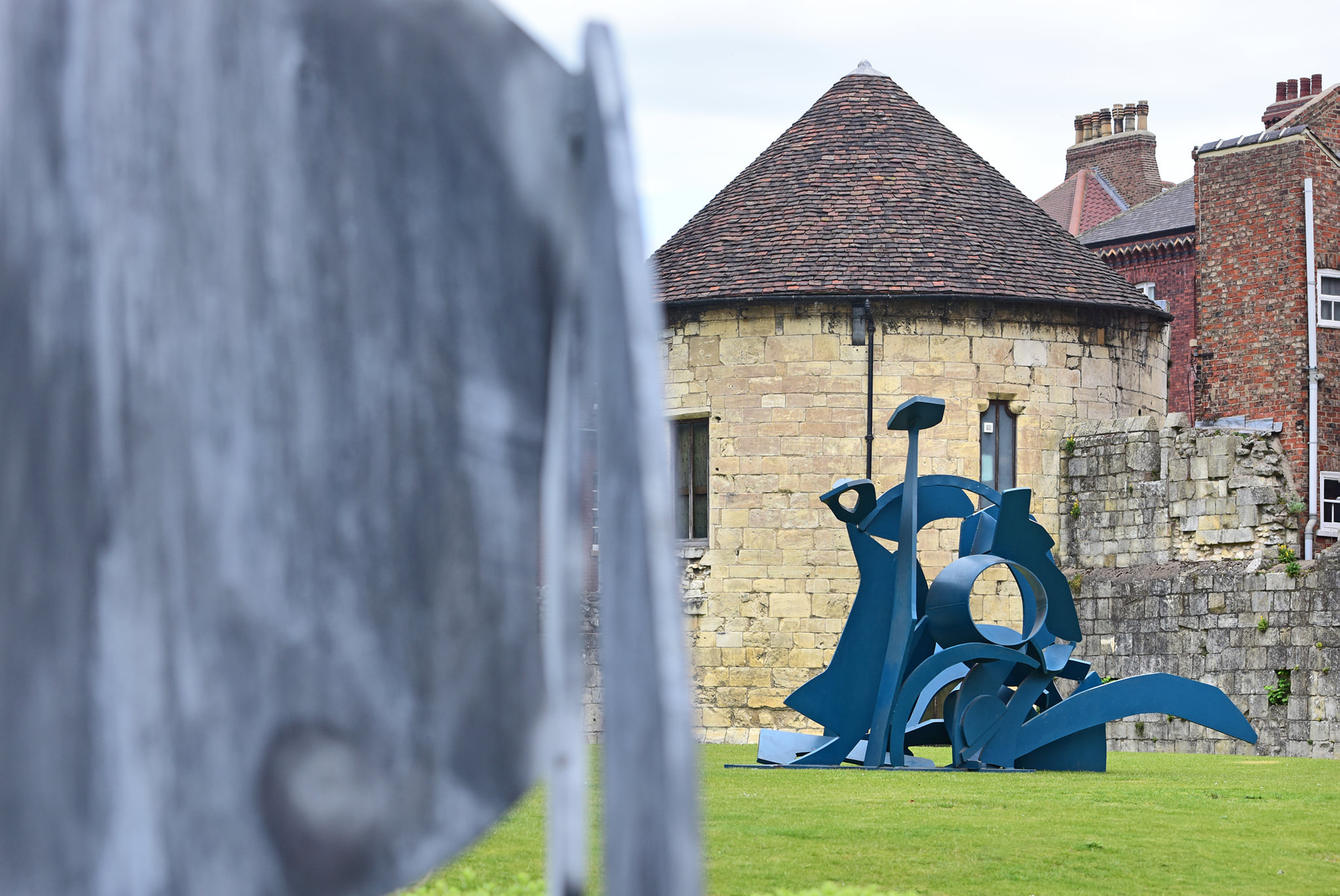 Lyons often used recyclable, industrial materials to create his sculptures. These sister works have both been made using steel from an earlier work made by the artist back in the 1970s. Both works refer to the goddess of agriculture; Ceres, the Roman goddess who was responsible for the gift of the harvest to humanity, and Demeter, the Greek goddess who also held authority over life and death.

Whilst both refer to the goddess of nature and rebirth, they both hold very different moods and themes, reflecting the respective Roman and Greek interpretations of their myth. Ceres’ Key reminds us of the joy and abundance of the harvest and springtime, the period when her daughter would return to her from the underworld. Demeter’s Dream hints at the colder months when Persephone would remain with Hades, a depiction of a mother’s grief and longing.

Michael Lyons: Ancient and Modern is still on display in the Museum Gardens until April 2021.