From Augustus to Arcadius: Some Roman Coins Lost (and Found) in York – By Gaenor Rudall, Yorkshire Museum Volunteer

Gaenor Rudall, a volunteer at the Yorkshire Museum, has been working to catalogue a collection of mostly Roman coins that the museum acquired in the 1990s. Find out what Gaenor’s discovered in this blog update.

The coins originally belonged to an archaeologist called Leslie Peter Wenham, who taught at St John’s College in York until he retired in 1974. Every summer he and his students took part in excavations in Roman sites in and around York, and he was the first person to do this in a modern, systematic way.

His publication on the excavation he led at Trentholme Drive, alongside the main York to Tadcaster Road, was the first full report on a Romano-British cemetery. Here is a photograph of Peter Wenham with some of his students, taken in 1967 at Bishophill. 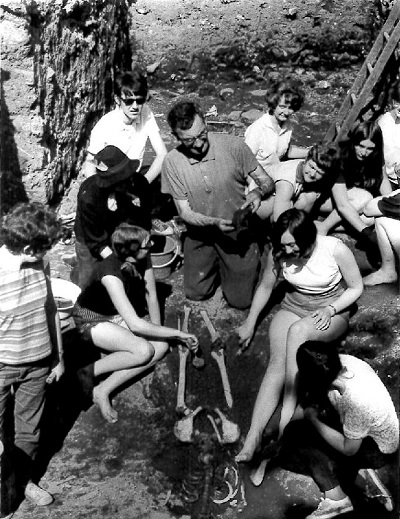 This collection of coins is quite different to a hoard such as the recently discovered Wold Newton Hoard, in which the coins all date from a similar period and were concealed in a pot to be buried for safe keeping. Peter Wenham’s coins were dug up individually, in and around York.

This means that they were all owned by people who lived and worked in Roman York, and who used the coins to buy goods here. At some point each of the coins was lost, remaining in the ground for many hundreds of years. Lying unprotected from the elements, they are mostly in fairly poor condition. As they are all of low denomination, perhaps their owners didn’t try as hard to find them as they would have if they were made of gold.

The coins date from the earliest years of the empire until the late fourth century, and as such can be seen as an illustration of the entire history of the Romans in York. The first two were made in the time of Augustus, well before the Romans arrived in York in AD71, and they are almost worn smooth from many decades of use.

Here is a coin from the early days of the Roman occupation. It shows Claudius, and is probably a copy as it looks as though it was cast in a mould rather than struck. Large numbers of these copies were made in Britain, possibly by the Roman army under official licence so that it could pay its men. 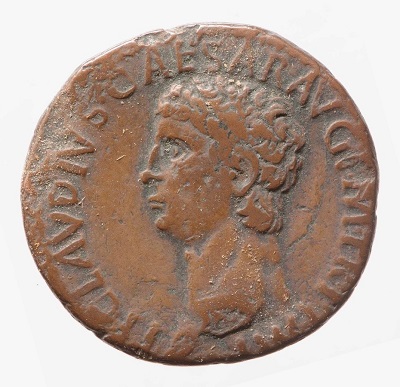 The first official low denomination Roman coins to circulate in Britain were struck by Nero and we have two of these, dating from around AD65. Then a few years later Cerealis, the commander of the Ninth Legion and the governor of Britain under the emperor Vespasian, moved north to Eboracum. Here is one of the six coins in the collection struck by Vespasian. 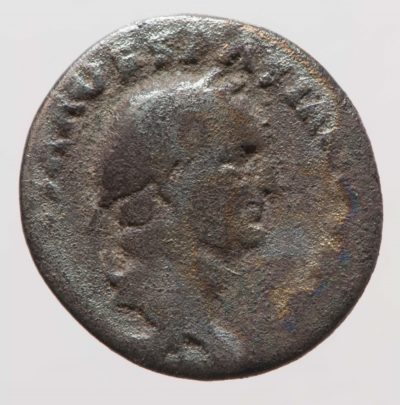 YORYM:1971.299.91 – Although this denarius is quite worn, Vespasian’s name is clearly visible around the top.

In the early second century the figure of Britannia appeared on coins for the first time. In AD154 she was shown on coins struck in Rome by Antoninus Pius, exclusively for use in Britain. Our collection has two examples of these. Britannia is depicted sitting on rocks with her shield by her side, in a pensive, even mournful pose, perhaps suggesting that a recent rebellion had been suppressed. 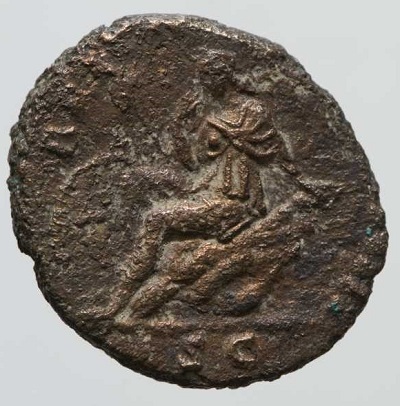 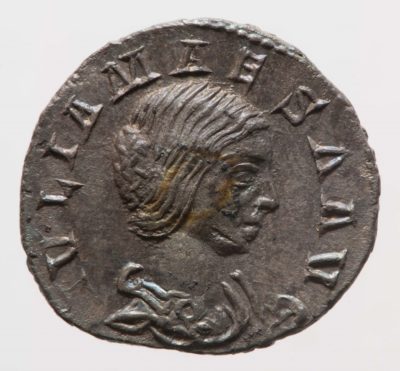 Julia Maesa was the sister of Julia Domna, who was in York for a few years with her husband, the emperor Septimius Severus. He and his sons Caracalla and Geta made their base headquarters in York while they were campaigning in Scotland, accompanied by many of their courtiers and government officials. Between 208 and 211 York was effectively the capital of the entire Roman empire.

Even coins in poor or damaged condition can give us information as to when or how they were used. This is all that survives from one of our coins, but it is enough to tell us that is was struck by Philip I around AD247. 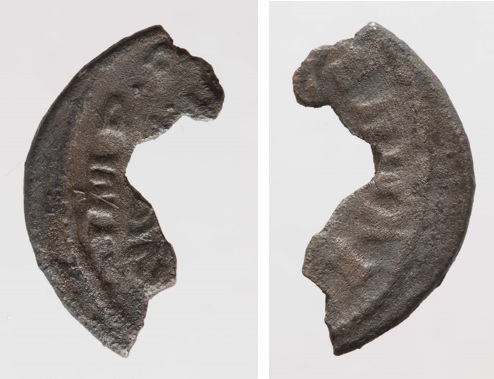 YORYM: 2017.633.5 – The obverse reads IMP P, which is the first part of IMP PHILIPPVS AVG. The reverse says ERNAE, the last part of ROMAE AETERNAE.

It looks as though the head of the emperor was cut out of the coin, a fairly common practice in which the head was then placed in a mount and used as a decorative feature such as a pendant. This is a rare survival, a discarded fragment from the edge of the coin.

The latest Roman coin in the collection is a nummus struck by Arcadius between 388 and 392, only a few years before the formal Roman administration left Britain for good. This thin little coin is very different from the early hefty, confident coins from Augustus, Claudius and Nero, at only about one fifth of their weight.

But its presence here, found by Wenham very near the Yorkshire Museum, proves that Roman currency was still in use in York even in these uncertain times, when their troops had already begun to be withdrawn from Britain. 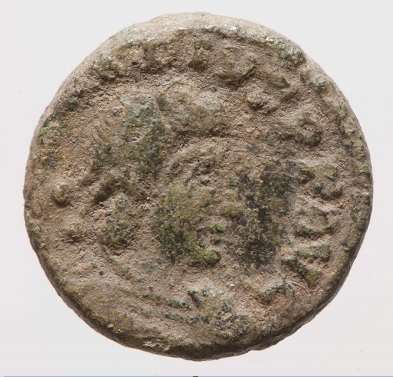 As well as the 191 Roman coins in the Wenham collection, there are others from later periods including medieval German tokens, Georgian and Victorian halfpennies and farthings and two German coins dating from the Second World War, complete with swastikas. They were presumably brought back as souvenirs by a British soldier, and serve as a reminder of a more recent attempt to create a world-wide empire.

For more information on our numismatics collection please visit our website here, or why not make a visit to our museum to see impressive examples on display for yourself?